Danville, CA -- (SBWIRE) -- 03/19/2012 -- Tommy T's in Pleasanton is thrilled to announce a concert by legendary rhythm and blues singer Lenny Williams to be held March 22 as part of the Lazarex "Life Through Music" Concert Series that benefits end stage cancer patients who have run out of treatment options. On March 25, Tommy T's will host Beatles tribute band The Sun Kings as part of the same benefit series.

Williams, a former Motown star and member of Tower of Power, is back on the scene with his new CD "Still", and he will also be holding a CD release party where fans can meet the star and get autographs.

Williams was a part of Tower of Power when they created the seminal albums Tower of Power, Urban Renewal, and Back to Oakland. During his long and illustrious solo career, Williams has worked with such stars as Kenny G, Aretha Franklin, Kanye West, Alicia Keys, and Al Green.

The Sun Kings, a Beatles tribute band, hail from Alameda, which neighbors Oakland. Led by Drew Harrison, The Sun Kings play note for note recreations from the Fab Four's complete catalog. Harrison wants concert goers to be able to close their eyes and hear their favorite songs as if the Beatles themselves were onstage. The Sun Kings show begins with Hamburg era material and continues chronologically through to the Let It Be album.

About the Danville Based Lazarex Concert Series and The Lazarex Foundation:

The Lazarex Cancer Foundation provides financial assistance to cancer patients who want to participate in FDA clinical trials. The foundation also provides guidance with community outreach and educational services. Lazarex was formed as a nonprofit in 2006 by Dana Dornsife as an advocacy group after her brother-in-law developed pancreatic cancer. Clinical trials are frequently the last hope for cancer sufferers, and Lazarex's mission is to help patients keep their dignity and hope alive while undergoing treatment.

The Lazarex Concert Series is a fund-raising music extravaganza that depends on the efforts of volunteers, venues, artists, and ticket buyers to help fund Lazarex.

Lenny Williams will perform March 22nd and The Sun Kings show is on the 25th. Both shows will be held at Tommy T's in Pleasanton and will start at 7 p.m. Tickets can be bought online at www.tommyts.com. 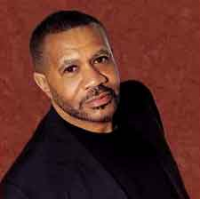