Phoenix, AZ -- (SBWIRE) -- 06/04/2014 -- A source from usablyauthentical.blogspot.com in 2012 mentioned that the average person has 7 and 25 accounts they log into everyday. Because of the severity of the lack of trust, companies forced users to authenticate who they are through CAPTCHA.

Indeed, the Internet is defined as the global interconnection of individual networks managed by government, industry, academia, and private parties. And most of the time, there are this black, twisted mind dreamed up the abomination called CAPTCHA.

CAPTCHA stands for Completely Automated Public Turing (tests to tell) Computers and Humans Apart, termed by the Carnegie Mellon researchers. They are commonly seen in the form of wavy, bold, and italic fonts. Usually ,they are in letters and sometimes mixed with numbers. CAPTCHAs are used as security measures on the internet that thwart automated programs from potentially abusing online services. They perform so by asking humans to do a task that computers cannot yet perform, such as deciphering distorted characters, recognizing shapes, discerning objects or animals in images, or solving puzzles.

Way back in 1997, the first use of anything similar to CAPTCHA was when search platform Alta-Vista sought a means of blocking automated URL submission to their engine. Chief scientist of Alta Vista, Andrei Broder believed that he brought up solution by developing algorithm that randomly generated a printed text image, which is the earliest instance of the CAPTCHA tech. Then, researchers at Carnegie Mellon in 2000 perfected the algorithm.

However, computers were unable to recognize it, but humans were still perfectly capable of reading the message and typing it in. The technology quickly caught on and in short order, spread across the internet. A patent was issued to Broder and his team in April 2001. It was then a lethal blow in the arms race between professional programmers and spam agents for the time being. This is the reason behind why every modern CAPTCHA so often illegible and nigh-impossible to read it. Many of them simply brute forced their way past weak security in order to get in, but many of them worked out even smarter.

CAPTCHA’s purpose is primarily to find a way to prove that the one in front of the screen is a human being and not a computer with abuse on its agenda. Nowadays, there are softwares available to bypass CAPTCHAs with a humble and helpful original goal. Some regular website maintenance includes regularly changing existing CAPTCHA because it does not take long for machines to figure out what sites use what form of CAPTCHA.

Other reasons why there is a need for CAPTCHA include preventing identity theft and fraud, computer viruses, spyware and hackers, phishing and bogus online transactions. Simply relying on passwords is not helpful for security because of password dictionaries and the overwhelming tendency to create easy, common problems.

The costs of internet crime and security violates run in the billions of US dollars, according to various sources such as the CSI, FBI, and the Computer Security Institute.

CAPTCHA confusion may be overlooked when analyzing web site or internet application performance. Sometimes, user often see a tick box nearby that might beep up a site owner, alarming that a user could not submit the form because of its CAPTCHA setup.

About Death by Captcha
Death By Captcha is a premier CAPTCHA solving service. With over 5 years in the CAPTCHA Bypass business, Death By Captcha has become one of the industry leaders in the market. Our teams of technical experts and specialized decoders have worked together to create a system that is both incredibly fast and very accurate. Death By Captcha offers an outstanding low price of $1.39 for 1000 decoded CAPTCHAs, a 24/7 team of CAPTCHA decoders with a success rate of 95% to 100%, an average response time of 15 seconds and several API clients. 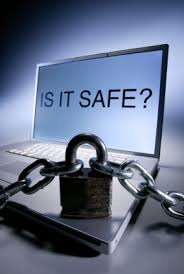 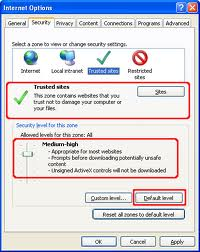