CCTV Plays a Crucial Role in Snaring the 'Singing Burglar'

London, England -- (SBWIRE) -- 03/22/2016 -- Recently released footage has shown the importance of CCTV in addressing criminality. The case concerns Shane Hayward, nicknamed the 'singing burglar' as although accused of burgling a home in Horndean, he tried to defend himself using the excuse that he had been walking down the road singing at the time. The released CCTV images, showing him fleeing from the property in question, confirm his guilt. This emphasizes the importance of CCTV for establishing the truth in cases of criminality and its role in leading to the prosecution of offenders. It is thought that in response, interest will be raised in CCTV installations as a useful method of home security.

The CCTV footage was significantly instrumental in the prosecution of Hayward, as also showed him attempting to cover his face and running away; indicatory of criminal activity he was trying conceal. These images were shown during his recent appearance at Portsmouth Crown Court and played a key role in convicting him; as CCTV does in many cases of burglary across the country.

Keen to comment on the importance of CCTV systems for addressing criminality was Cricklewood Electronics. They are expert providers in security and surveillance systems and a spokesperson had this to say:

"Recent criminal cases show that CCTV plays major role in establishing the truth – allowing all involved to get the justice they deserve. A home system can give you one of the best methods of maintaining an eye on your property too. That's why we offer a wide range at Cricklewood Electronics." 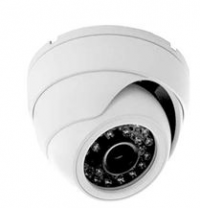