Another Cee Lo Green song to anticipate in his upcoming fifth studio album that is expected to land in the music stores on November 13 is the “Working Class Heroes (Work) which is dedicated to the hustlers in their grind 24/7, where they still make a living even if they were not properly acknowledged.

Atlanta, GA -- (SBWIRE) -- 11/11/2015 -- Cee Lo Green may indeed have overcome his dark past, where he had faced jail time from the accusations of slipping ecstasy on the drinks of his dinner date at a sushi restaurant. That is because the American singer, rapper and songwriter, who became famous after his Gnarls Barkley hit song 'Crazy' and recent stint as "The Voice" coach – had recently announced that he is engaged with his longtime lady friend, Shani James and will be releasing this November his fifth solo studio album, Heart Blanche.

The Heart Blanche studio album of Cee Lo Green is composed of tracks that was produced and co-written with some of the biggest names in the music industry that includes Mark Ronson, Paul Epworth and Pharrell Williams. According to Cee Lo Green, the songs in his album is based on humility and humanity, where he expressed various emotions towards the situations of losing a longtime friend and being able to grow up finding love and the joy in life.

The song "Mother May I" which is dedicated to his mother, was produced by the English musician, DJ, singer, and record producer of the US and the UK chart-topper hit, Uptown Funk, while the other tracks that include "Music to My Soul", "Heart Blanche", "Signs of the Times", and "Robin Williams" can now be heard in this website http://www.soundcloud.com/ceelogreen.

"I wanted this song to be a surprise to them," says Cee Lo Green in one of his interview with regards to his main track, "Music to My Soul" which is a tribute to those who have supported him through thick and thin in his early success in a music career. And in this track, he made great acknowledgement on the history of his career that not everyone knows. With the emotions filled in this track, even Big Boi had said that it had almost brought him to tears.

Another Cee Lo Green song to anticipate in his upcoming fifth studio album that is expected to land in the music stores on November 13 is the "Working Class Heroes (Work) which is dedicated to the hustlers in their grind 24/7, where they still make a living even if they were not properly acknowledged. The funky uptempo tune of the song serves as an ode to the working class where Cee Lo wants to make a joyous occasion of being able to get up and earn a living.

With the top five tracks taken from the album "Heart Blanche" already released in the public and can now be heard in the airwaves, it is best to pre-order the copies now and get the feel of Cee Lo Green's soul music today.

For more information about the upcoming album of Cee Lo Green, visit http://www.ceelogreen.com. 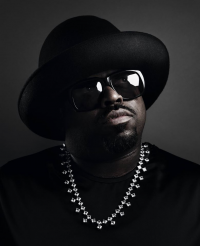