Santa Clarita, CA -- (SBWIRE) -- 03/04/2013 -- An insight to the drive and tough-minded principles of seven successful Latinos, Profiles in Latino Courage discloses the journeys in which these individuals embarked upon to reach their achievements. Bill Miranda (www.billmiranda.com), author and one of the featured Latino professionals, wrote this book to inspire and educate Latinos to take action toward their careers—to not let fear and roadblocks keep them from reaching their goals.

No stranger to overcoming obstacles, Patricia Gracia is one of the other individuals featured in the book. As owner and founder of Hispanic advertising/public relations agency, Power Media Group (www.powermediagroup.com), she and Bill have often collaborated in various community outreach events. “I look back on what I had to do in order to get where I am today in owning my own agency, and I think about how I had no other option other than to succeed,” states Patricia.

Profiles in Latino Courage was written, not only to provide inspiration; but, to also be used as reference for any point in time of a professional’s life. With eight unique stories of success, readers will find out how each of these personalities came about their appropriate leadership roles and why they are rightfully leaving a legacy behind for those aspiring to make their lives better. ­Discover the secrets these courageous individuals used in overcoming life’s biggest challenges only to become movers and shakers of their own respective industries.

About Bill Miranda
Bill Miranda is president of the Bill Miranda Leadership Center and CEO of the Santa Clarita Valley Latino Chamber of Commerce. He is host of the radio program, Querer es Poder: Where There’s a Will There’s a Way. He is a member of the College of the Canyons Chancellor’s Circle and on the advisory board of Single Mothers Outreach of Santa Clarita. Bill is a business consultant, coach and entrepreneur. He is a former counselor with the Small Business Development Center, where he counseled hundreds of businesses to start, grow and succeed. As a motivational speaker and trainer, he has taught leadership skills to thousands throughout the world including Europe, Asia and Australia.

Hispanic-owned Power Media Group (PMG) is a public relations and advertising agency, specializing in creating and implementing all-inclusive Spanish language campaigns that help businesses build lasting relationships with the Latino community. In August 2012, PMG received U.S. Government Registrations & Certifications in four different categories (SBA, D&B, CCR and ORCA) that will advance the company's growth into the expanding bilingual business world. In addition to traditional campaigns, PMG utilizes innovative grassroots media campaigns that are designed to reach out to the rapidly growing Hispanic population that contributes more than $1 trillion to the U.S. economy annually.

The agency has won multiple awards and recognitions for its work including 2010 and 2011 ADDY Awards for Excellence in the Website Design and Local Radio categories. In addition, PMG won the United States Small Business Administration Minority Small Business Champion of the Year Award in 2010. The company's clients include Universal Music Latin and Creativa Interiors Primor. To further strengthen its commitment to the multicultural market, Patricia and Tony Gracia launched the Power Woman Business Center in 2011. This non-profit 501 c3 organization serves as a business incubator that reaches out to entrepreneurs and helps them navigate the difficult economic environment. 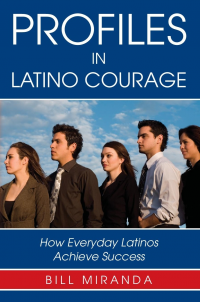 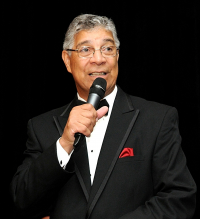 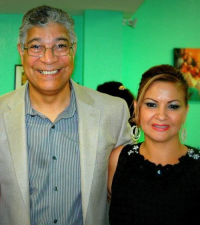