CHAMPAIGN's passionate, soulful Patriotic Tribute to America, “How 'Bout U.S. America” has been viewed in numerous countries since its debut a little over a week ago.

Las Vegas, NV -- (SBWIRE) -- 07/13/2012 -- This unique approach of “How 'Bout U.S.America” reached many corners of the earth since its launch a little more than a week ago. The statistics tell us it has been viewed in Italy, South Africa, Panama, the United Kingdom, Greece, Canada, Morocco, Denmark, France, Germany, and more...and of course, the United States. Proven vehicles have been youtube.com, twitter.com, facebook.com, mail.yahoo...google, juno, mobile apps, private e-mails...the list goes on. Looks like Multi Platinum Recording Artist CHAMPAIGN hit another home run with their new Patriotic Tribute “How 'Bout U.S.America.”

" Executive Producers, Brenda Bouschard, Vice President of Artist Development for Mr. Carman, Pauli Carman, and Johnie Lewis Tidwell, Jr., Executive Producer of new media content for CHAMPAIGN, lending his expertise in the field of artist branding and videography in television, film and social media, and contributing editor of “How 'Bout U.S.America,” began talking about this project more than two years ago. " We could say that this project began in 2010, but that may not be completely accurate. The original hit “How 'Bout Us” that catapulted to #1 remained on the charts and in the top ten for twenty-two weeks and has never lost its appeal to listeners around the world. Still receiving international airplay, it remains one of the best all-time R&B hits ever produced and is also included in Time Life's Body & Soul collection as one of the greatest hits of the 80's.

" Brenda, the chief project developer and editor of “How 'Bout U.S.America”, proposed the idea to Pauli because of her own personal collection of photography and videography throughout her professional travels. Having been out on the USS John C Stennis, celebrating July 4, 2009, on the Pacific Ocean for 6 days and two concerts with another artist, she saw the need for a Patriotic tribute for CHAMPAIGN. The minute she began to share her thoughts, Pauli suggested “How 'Bout U dot S dot?” In total sync, Pauli & Brenda knew from that moment forward this project was on their list of “must do.”

" Where to get imagery, where to get footage...those were the main questions Pauli had, but Brenda has been collecting her own footage and imagery in all of her years of travel in the entertainment industry, as well as personal travel for many years. Thus, an extensive resource library was at their fingertips.

" What you will see ~ imagery and footage from the USS John C. Stennis, of course, along with the view of the Statue of Liberty, captured by Brenda from HMS Queen Elizabeth II, sailing into New York Harbor, America's eastern gateway, after Hurricane Bertha in July, 1990. A few Bertha shots in the middle of the Atlantic Ocean are a given. The famous burros of Oatman, Arizona, and a drive through the Golden Gate Bridge, the western gateway to America, and Shari's Diner in Las Vegas are a few other places of interest collected and depicted in this wonderful tribute to America, “How 'Bout U.S.America.”

" CHAMPAIGN's best all-time classic “How 'Bout Us” shows definite signs of remaining on the list of classics into infinity. From the impact that “How 'Bout U.S.America” has seen so far, it appears that it will also be with us for a very long time, even forever. The warmth of comments has been felt from CHAMPAIGN fans; a few of them are, “This is beautiful, Pauli...” ~ bkind3; “Love it. Nice one, Paul, Keep Rockin.” ~ Ian, England; “All I can say is wonderful, wonderful. Really enjoyed this.” ~ Frank, Chicago, IL; “I'm so impressed!! SUPER doesn't cover enough! It's AMAZING!!!” ~ Arne, Denmark; and many more, plus “shares.” " Pauli Carman, lead singer of CHAMPAIGN, is the nucleus. Brenda Bouschard and Johnie Tidwell join Pauli to complete this circle, keeping the music of CHAMPAIGN alive and well. Based out of Las Vegas, Nevada, these three creative talents are still driving it home to the heart and soul of America and the World.

Champaign, is currently in the studio recording, and is expected to begin their tour shortly no exact date has be released at this time but, sources tell us that they are currently booking the tour. One thing for sure when they do hit the stage they certainly will have a profound message to deliver on behalf of our children everywhere. Cacayorin, Creative Director Platinum Music Libraries Telephone : 330-333-2498 Email: Platinum Music Libraries has an extensive classic music catalog of historic master recordings that include well over 5,000 legendary songs. 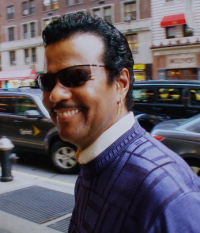