San Francisco, CA -- (SBWIRE) -- 08/06/2015 -- Turbine, a device that internally widens the nostrils to facilitate breathing during athletic competition, has been spotted on many athletes since it hit the market just under eighteen months ago. The impressive list includes 2013 Tour De France winner Chris Froome; Monster Energy motocross rider Adam Monea, professional triathletes Luke Bell and Emily Cocks; and has even been seen in the nose of three-time Tour De France green sprint jersey winner Robbie McEwen. Most recently, the technology has attracted speculation after Shannon Rowbury was spotted wearing the breathing aid.

Shannon Rowbury, champion US track and field athlete, attracted plenty of attention during the recent USA National championships after being snapped wearing a yellow "bull ring". Chris Froome also caused a stir at the Tour de France after using the breathing aid throughout the event. https://www.youtube.com/watch?v=kRLYL306Ly0

Australian medical technology and ASX listed company, Rhinomed created the device to make breathing even easier for training, racing and recovery. The device is, on average, 38% more effective than Breathe Right strips in its ability to open the airways, as was clinically proven in laboratory trials http://www.theturbine.com/turbine-research/

The particular performance benefits of the device are currently under investigation by an independent team of researchers at Murdoch University, although the use by major athletes in major competitions is endorsement in itself.

Rhinomed's chief medical officer Dr Mitchell Anderson, himself an Ironman champion, Sports Doctor and media personality, explained, "Breathing efficiently is well known to be crucial to sports and fitness performance. Turbine reduces airway resistance. So our hypothesis is: dilating the nostrils at their main resistance point (the nasal valves) ultimately improves breathing efficiency and reduces the energy cost of inhalation and exhalation.

Beside the instant extra airflow, almost everyone has some sort of nasal asymmetry. Turbine adjusts to any nose, regardless of any asymmetrical differences to allow more comfort and valuable airflow."

About Rhinomed Turbine
The Rhinomed Turbine is a globally patented nasal dilator, designed to fit comfortably inside the nose and gently open each individual nostril to allow more airflow during sport, physical exertion or focused breathing. The product has been refined over the last ten years using a team of medical experts, professional athletes and Universities and is registered with the US FDA, Australian TGA and bears the CE mark under European Medical Device Directive. It provides as much as 38% on average more air per breath. 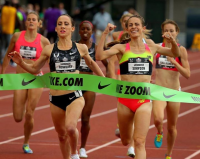