Chef Emeril Lagasse Inducted by the Culinary Hall of Fame

About Chef Emeril Lagasse
Chef Emeril Lagasse was born in 1959 in Fall River, Massachusetts to a Canadian father and a Portuguese mother. While earning a scholarship as a percussionist in 1978, his passion for cooking led him to attend the Johnson & Wales College of Culinary Arts, where he was awarded an honorary doctorate in 1990. His catchphrases of “Bam”, “kick it up a notch” and “feel the love” are known to millions of food-loving Americans.

Lagasse describes his cuisine as a different interpretation of Creole influenced by the Asian, Portuguese and Southwestern cuisines. With this formula, Chef Lagasse cooked up an estimated 50 million dollar net worth. 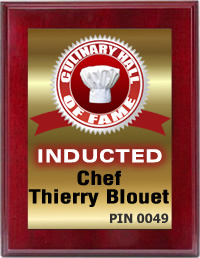