Philadelphia, PA -- (SBWIRE) -- 01/28/2014 -- City Tap House is proud to announce they have received the Philly Hot List awards for Best Beer Selection and Best Outdoor Bar. Customers voted online and chose the University City restaurant as the 2013 winner of both awards.

Beer lovers can come to City Tap House to enjoy one of the best craft beer selections in Philadelphia. Craft beers come in so many different forms it can be difficult for even the most emphatic beverage enthusiast to try them all. This is why City Tap House makes sure to offer over 60 craft beers on tap comprising of an elaborate range of styles. This gives visitors a chance to try almost any beer they have in mind. Choose from high quality Wheats, Belgians, IPAs, Pale Ales, Porters, Ambers, and Stouts. City Tap House also chooses rare beers to feature at special events and holds periodic Tap Takeovers featuring the beers of various breweries. Not sure what to try? Ask any of the restaurant’s knowledgeable staff members for fabulous recommendations.

Get a taste of City Tap House’s craft beers with specials every night of the week. Custom beer flights every Monday night from 5pm-12am allow customers to sample several beers at once. Drink more for less with $3 local craft cans every Tuesday from 10pm-12am. Grab $4 select crafts Thursdays and Fridays. Also don’t miss the City Tap House annual Victory Tailgate Beer Dinner, with a four-course tasting menu for only $35.

When the weather gets warmer, come enjoy a craft beer on the patio and see what makes City Tap House 2013’s best outdoor bar.

About City Tap House
Located on The Radian Balcony, just steps from the campuses of University of Pennsylvania and Drexel University, City Tap House boasts one of Philadelphia's most extensive draft beer lists- 60 taps, including many rare and sought-after craft brews. Featuring outdoor seating in Philadelphia, guests can enjoy craft beer with food and friends by one of the fire pits, or stay inside to watch the big game in the main bar or dining room.

City Tap House has been voted “Best Bar to Watch a Game” two years (2011/2012) in a row by Philly Beer Scene Magazine. Visitors of City Tap House will experience a rich blend of unique craft beers and elevated American pub fare, making it a highly recommended restaurant in University City. Guests are invited to stop in any time during the day to see for themselves. 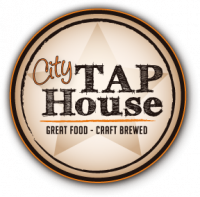