Malmo, Skane lan -- (SBWIRE) -- 09/25/2013 -- Coffee, the Engine, has launched a crowd funding campaign via Indiegogo for either support or sponsorship of its recently released Coffee 0.2 game engine. Independent, advanced, or beginning game developers alike will enjoy its ease of use with full capability to create video games, prototypes, visualization software, virtual reality, or window applications.

“I have worked hard over these ten years to develop a product fully based on ease of use and compatibility. I feel that the kit’s features, which give creators full control of the engine, is the best SDK on the market thus far,” says Alexandre Chambriat, creator of Coffee, the Engine.

Although there are many game engines out on the market, Coffee seeks to target those in the game making industry through the simplicity of its product.

“Coffee is more user friendly compared to other existing game engines. It has the best of both worlds, in my opinion, because of the simplicity of the editor, tools, and overall pipeline. The SDK is shipped with the whole source code (engine+tools), without heavy dependencies; it just requires an external C++ compiler. Having the whole source code is nice for beginning game developers and provides high debugging facilities for professionals. It provides full customization of the core, which is supported in Web deployment as well,” says Chambriat.

Currently, Coffee is available in the Coffee Shop as a digital download. Available in a free or pro license, the kit comes with a managing desktop, user-friendly web deployment, and an editor with capabilities to create C++ components and plugins. The free license kit has all pre-built binaries for the regular, pro, and express IDE editions of Visual Studio 2005, 2008, 2010, and is for non-commercial use only.

The pro license offers the full source code and tool set with access to all patches and minor versions. It supports MinGW+Code::Blocks, and regular, professional and express editions of Visual Studio 2005, 2008, 2010, and 2012. Linux support will be added in the future. For now, Coffee only supports Windows, from XP to 7 desktops, and on the Web through a proprietary browser plugin.

Chambriat has been working as a senior software engineer in the gaming field for over seven years. He started the Coffee project over ten years ago. The development of Coffee is based on his professional experience, working with game engines and 3D Edition tools. For the user interface he tries to pick the best of what he’s seen.

Investors will find that their donation will be put to good use, as this project is a life-long endeavor. Chambriat hopes to raise enough money to buy and build a new server, to release stable and periodic beta releases in the future, and to increase its user base to provide more product in the user store.

About Coffee, the Engine
Coffee, the Engine, is a user-friendly game development kit (SDK) developed by Alexandre Chambriat. Its ease-of-use features, licensing means, and web deployment capabilities make it the game engine of choice for independent, advanced, or beginning game developers. For more information or to download the kit visit: www.coffee3d.net/. And visit the Indiegogo project page to support the Coffee project at: http://www.indiegogo.com/ projects/coffee-game-engine. 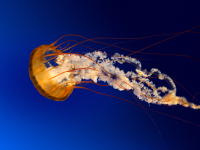