“We felt this album truly embodies the new era of hip hop and what the Denver music culture has to offer, “ says Taver Tor. “I believe Code Red will be a timeless album that all of Colorado can embrace.”

Black Prez and H*Wood are undeniably two of the most notable artists on the Denver music scene. Independently, each artist has managed to create his own path in the music industry, offering up his story and background through creative lyrical content. Collectively, they’ve gained thousands of loyal fans through their meaning music and transparent messages. Their follow up single, “Tonight” is slated to debut on September 16th.

In addition to the second single and upcoming album release, CollectivID will be hosting an official album release event which will feature an exclusive performance from Black Prez and H*Wood; September 9th at Epernay Lounge located downtown Denver. H*Wood also has a few shows lined up and will be performing July 24th at the Underground Music Showcase (Denver), July 26th opening for Radio Enemy at Casselmans (Denver), August 7th Denver Broncos Kick Off at Sports Authority Field (Denver) and August 23rd Higher Ground Music Festival (Denver).

About C.O.ID (CollectivID)
As they gear up for the official release of their new single “That 303? and debut album Code Red, Denver area rappers H*Wood and Black Prez are determined to turn heads with their uniquely combined lyrical styles. Fused with elements of EDM and live band, the two offer an entirely youthful and refreshing approach to the new era of Hip Hop. 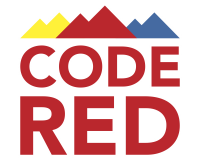