Listen to Basile as he speaks for the first time to the public about a simple test that saved his life and how it can save yours too. He will also speak about his work and discuss how laughter is medicine!

Just back from his tour in Greece and recently back from on tour in Australia and fresh off of filming his new TV show for CBS, Basile is perhaps one of the most diverse entertainers in the world today, Basile has entertained millions of comedy fans in the United States, Canada, Europe, Australia, and Africa. Basile’s unique blend of material, improvisation, and characters has made him one of the most sought after comedians in the entertainment industry today. Basile's general audience show, "Basile's Bare Necessities Tour", is currently touring to sold-out audiences throughout North America. Basile’s diversity in entertainment continues as he stars in his critically acclaimed series, “Growing Up Greek in America.” This comedy series is spoken in Greek and English and to date has sold over a million copies and is distributed worldwide. Basile’s voices and characters have been heard on Armed Forces Radio, Television, Syndicated Radio in North America, and on XM/Sirius Satellite Radio. Basile has over 100 television appearances throughout the world, including HBO, Showtime, Comedy Central, A & E, and the Jay Leno Show on NBC to name a few. Basile is also known for his voice work as Universal Studio’s Bullwinkle J. Moose, as well as for the Cartoon Network and many Japanese Anime series. In March of 2010, Basile had been nominated for an EMMY for his work on ESPN’s “30 for 30” series segment, “The Legend Of Jimmy The Greek”, as the voice of Jimmy “The Greek” Snyder (Syionidis).

The VoiceAmericaTM Network offers the latest conversations in a talk radio format, providing education, interaction, and advice on key issues live, on demand as well as through pod cast download. If interested in hosting a talk radio show on VoiceAmerica Network, contact Jeff Spenard, President of Internet Radio at 480-294-6417 or at jeff.spenard @ voiceamerica.com.

ABOUT Cella Zappia
Cella’s Chat was created out of Cella Zappia’s personal healing experience. Each week, Cella will be your guide in teaching you how to find your own healer within. This healing is accomplished when we work to balance our physical, mental, emotional and spiritual selves. Through interviews with experts in each of their different fields of holistic wellness and medicine, you will learn how to use your own mind to create a life of health and empowerment. Deeply passionate about the subject of depression, suicide awareness and prevention, she desires to take the stigma away from this disease and provide facts and information to allow you to know there is hope. Healing through inspiration and information, Cella’s Chat invites you to create a space in your life where all things are possible. Tune in every Thursday at 1 PM Pacific Time, 4 PM Eastern Time on the VoiceAmerica Health and Wellness Channel. 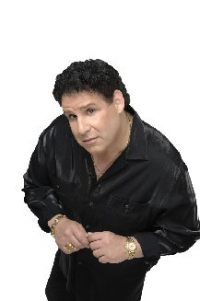