Inspired by his uncle who worked in Las Vegas as a magician, Randy began performing at the tender age of 5. By 17, he was working full-time as a professional entertainer. Known as “the world’s funniest psychic,” Randy has been in over 5,000 shows around the world, including at the Riviera Hotel in Las Vegas.

For the past decade, the popular comedy magician has taken a well-deserved break from the entertainment industry. Recently, Randy decided to begin performing again as a way to help charitable causes.

This month, Randy performed in four charity shows at the new Yuk Yuk stage in Vancouver, British Columbia. The performances, which were held on July 4, 11, 18 and 25, were enjoyable for both the comedian and his appreciative audience.

Randy donated the proceeds from the shows to the Mental Health Association BC.

“I am passionate about raising awareness and much-needed money to help maintain and protect the mental health of those in need,” Randy said, adding that he was ready and excited to get back on stage after his 10-year hiatus.

Using a specialized form of magic called “mentalism” or “psychic entertainment,” Randy is a comedic psychic who offers his audiences a one-of-a-kind type of funny entertainment. Randy’s magic helps to create the illusion that the magician can read minds and make uncanny predictions.

During the shows, which usually last about 60 minutes, a handful of volunteers are invited to join Randy up on stage, one at a time. The resulting interaction, which is both spontaneous and planned, is enjoyable for both the volunteers and the audience.

Through his work as a comedian and mentalist, Randy is eager to help other charities. Details about arranging for Randy to perform are listed on his website.

For example, registered charities that are interested in raising funds for their organizations may contact Randy to see about setting up a performance. Randy’s philanthropic shows range from a brief appearance that lasts about 5 minutes to a full show that lasts about 90 minutes. Fees depend on the type of event and location.

About Randy Charach
Randy Charach has been entertaining audiences as a comedy magician, mentalist and comedian since he was five years old. Since then he has performed over 5,000 shows around the world including The Riviera Hotel in Las Vegas. Randy’s shows provide fun and clean entertainment that is meant for an adult audience. For more information, please visit http://www.comedypsychic.com 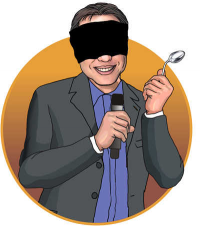