Coops and Cages Promulgating the Adherence to Better Pet Conditions

With unresolved issues concerning euthanasia and other problems related to pets, Coops and Cages is openly broadcasting their thoughts on these issues.

Carlton, Australia -- (SBWIRE) -- 06/20/2014 -- One of the top executives of Coops and Cages recently expressed his concern about the real scenario that is not commonly reported in mainstream news with regard to pets. Contrary to common advertising campaigns that feature healthy and well-groomed pets, it seems that there is more than meets the eye concerning the real conditions of many animals such as cats and dogs. Instead of finding themselves living comfortably with their human companions, some of them are put up for adoption or worse, are euthanized.

According to the American Pet Products Association, the pet industry has seen remarkable growth in the recent years. This claims that pet owners are willing to spend money on their pets. When a pet owner comes to a pet shop, he is expected to be looking for a particular product that may not be seen anywhere else. Moreover, the organization mentioned that owners are willing to cut back on their own needs in order to make way for their pet’s needs. With this report, it is easy to conclude that pets are in good hands. However, statistical reports coming from the American Society for the Prevention of Cruelty to Animals (ASPCA) show that this news does not include all pets.

The ASPCA cited that in the US, there are about 7.6 million companion pets left in the care of animal shelters, and most of these are dogs and cats. Some are lucky enough and get adopted. For the luckier 649,000 pets (consisting of 542,000 dogs and 100,000 cats), these are able to find their way back to their original owners. For the rest of the pack, this means death through euthanasia (31% of dogs and 41% of cats). A third of the pets found in animal shelters are surrendered by owners for varied reasons that include behavioral problems, allergy and restrictions imposed in place of residence.

Jordan Walker, animal welfare expert at Coops and Cages, says that dogs and cats aren’t the only ones suffering and cited the coverage of PETA about Angora rabbits. “I have seen the video where rabbits writhed and screamed in agony as their fur was manually plucked out by workers in China. Animals of any kind, whether these are in the wild or kept as pets, deserve to live freely without direct abuse coming from humans. It is utterly disappointing that individuals choose to ignore the fact that these are living, breathing creatures, capable of feeling physical and emotional pain. If these could speak, they may be begging you to treat them a little kinder. For those who are contemplating of adopting one, I suggest you think this through a hundred times. It comes with a lot of costs and responsibilities that goes beyond food and shelter.”

About Coops And Cages™
Coops And Cages™ is one of Australia’s most trusted pet enclosure provider. It prides itself for having quality products and services that try to exceed market standards. For more information, email Jordan Walker at info@coopsandcages.com.au or catch him at his Facebook, Twitter or Google+ accounts. 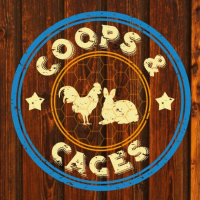 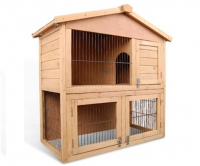