San Fransisco, CA -- (SBWIRE) -- 09/12/2012 -- It’s no secret that identity theft is on the rise. While technology has helped society in many different ways, it has also made it easier for identity thieves to gather the information they need. Today, the internet and public Wi-Fi networks pose a constant threat to internet users, and protecting network connections has never been more important.

CountryVPN.com wants to help reduce identity theft around the world by providing unbiased, honest reviews of all major VPN services. These VPNs are available in virtually any country in the world, which means anybody can access the safe and secure networking services they need.

VPNs are virtual private networks. Instead of having a computer connect directly to the internet, VPNs act as a middle man between a user’s computer and the online world. The IP address of the VPN-connected computer is assigned by the VPN itself.

In other words, by connecting to the internet through a VPN, internet users can make it seem like their IP address is coming from anywhere in the world. A computer in Latvia might appear to be based in the United States thanks to a US-based VPN, for example.

While basic VPNs can be used by consumers to access parts of the internet that would normally be locked in their geographic region, the usefulness of VPNs extends far beyond that. A spokesperson for CountryVPN explained why more and more businesses are starting to use VPNs:

“Today, a single data leak at a major corporation can taint its reputation forever. Sometimes the leak is caused by a security weakness in the network exploited by a hacker, or other times it’s a faulty employee. However, virtual private networks give businesses a secure virtual environment in which to pass data to and from employees without the risk of being hacked or experiencing a data leak.”

Indeed, VPNs are helping businesses save costs while limiting the risk of experiencing a data leak. Employees can also connect to the VPN from anywhere in the world, which is particularly useful for employees who are working on the road and forced to use the weak security of hotel Wi-Fi networks. With VPN subscription plans starting for approximately $10 per month, it’s a low-risk decision for many businesses to make.

On the CountryVPN.com website, visitors will find a plethora of editorial content about VPNs and how they work. More importantly, visitors will also find detailed reviews about many of today’s top virtual private networks, including well-known VPNs like HideMyAss and StrongVPN.

Visitors can also view the results of a recent poll which asks “What is the Best VPN?” or learn more about how to use their VPN to its full potential. Other popular reviews include reviews by specific device allowing consumers to select the best VPN determined by their device from Android through to the iPad.

Whatever the internet user’s VPN needs may be, CountryVPN.com seeks to answer questions and provide valuable information about the best VPN services by country. 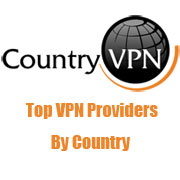