Creator Fernando Núñez Looks to Raise $30,000 via Indiegogo for the Market Launch of CMAGIC

With this charger, users can charge the battery of their device with the energy that is stored in it.

New York, NY -- (SBWIRE) -- 12/03/2013 -- Fernando Núñez has designed a special battery charger which apart from charging one’s mobile phone through the ordinary way, has an internal battery. This internal battery will be used as power source to charge a device everywhere without the need of a socket. It is an internal 4000 mah battery. Therefore, it will be able to charge even 2 and a half batteries of iPhone5 with the accrued energy of CMAGIC.

This charger is made up of a plug, in which is the charger and the internal battery and of a USB cable. Its operation is simple, in fact, one can use it as an ordinary charger. However, the most important advantage of this charger is that users can take it with themselves everywhere. In case they need to charge the phone, it will be enough to plug it directly in the charger. The mobile phone will be charged with the energy accrued from the internal battery of the charger and there is no need to plug the charger in a socket.

All funds raised through this campaign will be used for the production of the CMAGIC charger and to get its certificate of approval. 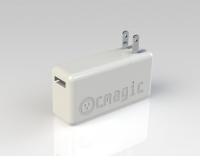 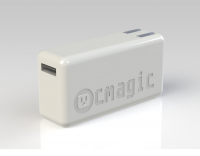 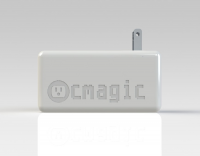 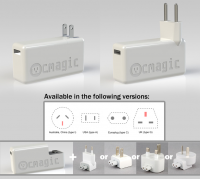