Tempe, AZ -- (SBWIRE) -- 10/11/2012 -- While there are varying opinions about the adage of ‘crime does not pay,’ it is definitely true that it does pay to learn from crime. In recent years, an enterprising group of ex-convicts have turned the adage on its head with each one writing a federal prison book that is intended to provide truths of the realities of how to adjust to incarceration in a federal prison.

With the U.S. leading the world with more prisons and the highest incarceration rate per capita, the realities of how to adjust to life behind bars now affects millions of Americans. Over the last several years, some of the more enterprising ex-cons have drawn on their experience to author books on how to prepare for, and ultimately survive, time in prison. Jonathan Richards is one of a number of ex-cons that have taken their knowledge of the true realities of prison life and turned it into successful books. Richards served six months at FMC Devens in Ayer, MA for student loan fraud and is the author of “Federal Prison: A Comprehensive Survival Guide.”

“The courts make no effort to equip federal inmates with the basic knowledge that they will need to make the difficult adjustment to prison life, and the vast majority of federal defense attorneys simply aren’t qualified to advise their clients on these matters,” said former inmate turned author Jonathan Richards. “Consequently, there is a real need for reliable and factual information for those headed to federal prison.”

Since prison security levels and rules vary, no single book can provide a definitive guide that spans all prison types and experiences. For example, Richards makes it explicitly clear that his book has been written for those heading to Minimum and Low Security Federal Prison. These books can vary in quality level as well with some publications put together over the course of a few days, while others show meticulous research.

That being said, readers can find a number of books that are both well researched and provide an accurate, informative guide to adjusting to prison life. “Down Time,” written by a former inmate who served time for insurance fraud, has been widely praised for its accuracy on the subject. Books by recently released ex-con Michael Santos who did over 25 years in numerous federal prisons for conspiracy to distribute cocaine have also done well. So too has the most recent third edition of Richards’ book “Federal Prison: A Comprehensive Survival Guide.”

While they differ in a number of ways, the approximate dozen federal prison survival publications in existence today seem to agree on a few basic rules of inmate etiquette: Show respect to your fellow inmates, never rat, and don’t complain. “For the most serious authors among us, the ultimate goal is not commerce, but a desire to help prepare others for what is likely the most difficult transition of their lives,” said Richards. For more information, please visit http://www.federal-prison.org

About FederalPrison.org
Federal-Prison.org is the leading resource for information on life in federal prison. The website features comprehensive information on everything related to federal incarceration as well as access to the 2012 updated third edition of the book “Federal Prison: A Comprehensive Survival Guide” by Author Jonathan Richards. The book has been featured by Bloomberg, Reuters, The Guardian, Google News, and multiple other media outlets. 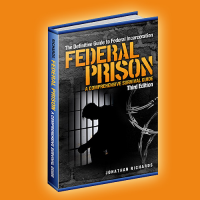