Crowd Communicating: A Foolish Idea to Change the World - Leonardo Zanus and His Team Seek Funding Support via Indiegogo for Their Challenging Project

4 Billion people on this planet have no access to the Internet. This project is about making people able to communicate with a limited need of network infrastructures.

London, UK -- (SBWIRE) -- 05/12/2014 -- “As of today, 65% of the world population cannot access the Internet. This means that a wide number of people is unable to exchange information, discover the world or improve his culture and knowledge.” To fight the digital divide, Leonardo Zanus and his team has started to work on a brand new telecommunication standard. They focused on the possibility to reuse cheap and well-known devices such as smartphones and mini-PCs.

The idea is to turn any Wi-Fi-capable device into a peer, allowing a wide number of peers to get interconnected each other. This would mainly work as the human brain, where each node stores and computes information, then transmits it back. The more peers, the fastest and more efficient network. In this way, areas with a large population density will be automatically provided with a completely free Wi-Fi based data connection.

Telecom Operators are not out-of-the-game: they will play an important role by focusing on long-distance and large-bandwidth links. Smart devices are also connected to standard Internet gateways, such as modems, to bridge the Crowd Communicating networks with the Internet.

All money raised through Indiegogo will be spent to:
1. buy mini-PCs and refurbished smartphones of many different vendors that will be used for testing
2. buy markets database access (eg: Wi-Fi-capable devices specifications, market penetration etc)
3. buy experts consultancies (telecommunication engineers, legal advisers for country-related regulations etc)
4. advertise the project throughout the world. 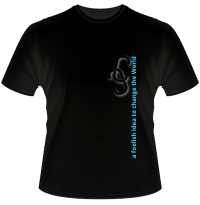 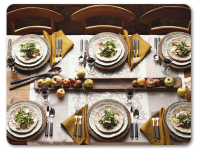