Toronto, CA -- (SBWIRE) -- 04/22/2014 -- “The Epidemic,” a zombie film that will feature the goriest and most action-packed scenes of any movie of its kind to date, is pleased to announce the launch of a fundraising campaign on Indiegogo.com to help source crowdfunding for horror film enthusiasts who would like to become involved with the production of the movie.

The producers of “The Epidemic” are seeking $325,000 to hire actors and a film crew, rent equipment and trucks, pay for food, hotel and travel costs for the stars, and purchase other necessary supplies such as zombie makeup and costumes.

Depending on their level of contribution, people who donate to the “The Epidemic” will be eligible to receive a variety of special perks such as memorabilia and even the opportunity to act in and become involved with the production of the movie. Prizes for basic donors include photos, posters, t-shirts and DVDs autographed by the cast and crew, while high donors will be invited to appear in the movie itself either as an extra or an actor with a speaking role.

Produced by EpidemicFilms, the plot of “The Epidemic” is one-of-a-kind and will revolutionize the way people think about zombie movies. Centering around a meteor strike that hosts an unthinkable malice and infects the population, transforming them into hideous creatures bent on wreaking death and destruction to anyone and anything in their path, “The Epidemic” will have audiences gripping the edge of their seats and screaming for more.

“Zombie films have a great cult following, amazing fans, great effects and are usually action pack. The Epidemic will be the best zombie film ever made, it will sell in every territory and will be available to all zombie and horror fans. We have stars attached to the project that will increase the value of what you fans helped build,” an article on the Indiegogo.com fundraising page noted.

Actors in the film include Danny Trejo, best known for his roles in “Heat,” “Con Air” and “Desperado;” Eric Roberts, who received both a Golden Globe and Academy Award nomination for his role “Runaway Train;” and Corey Feldman, the former child star involved in such films as “The Goonies,” “Stand by Me,” “The Lost Boys,” “Gremlins” and numerous others.

About “The Epidemic”
“The Epidemic” is a taught, suspenseful thriller that promises to change the way horror fans view zombie movies. Packed with extreme action and gore, “The Epidemic” takes the zombie genre to a new level of horror and depravity. For more information, please visit http://igg.me/p/737799/x/6946938. 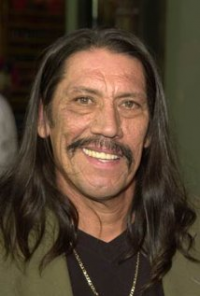