Actor and screenwriter Dominique LaFleur, a former employee of the notorious Judge Rotenberg Center, turns to Indiegogo to help fund a new movie inspired by the stories of the clients she once served.

Boston, MA -- (SBWIRE) -- 07/12/2016 -- The film CONCRETE delves into life in the inner city, as seen through the eyes of a struggling single mother that worked with troubled youth at JRC (the school that makes frequent headlines because of its controversial behavior modification program with the use of shock treatments). LaFleur has written a dynamic screenplay inspired by the events that took place in the students' lives that were in the program. Modern day crowdfunding is providing part of the money being used to bring to the screen a harrowing yet inspiring story based on true events.

An Indiegogo page has been set up to collect donations for the project, offering a graduated list of perks for contributors.

Discussing her motivation to write the screenplay LaFleur said: "It always baffled me how these kids would want nothing more than to leave the comfort of these new environments and go right back to a life that would send them on a dead-end road back to a juvenile facility or prison where a percentage of them came to us from. This fascination is what motivated me to write CONCRETE."

She further highlighted, "Everything was not perfect at JRC. I've been punched, kicked, spit on, slapped and have half a dozen scratches and bite marks on my body. Warrior scars that I share with hundreds of other fellow staff members. However, I learned a lot from those children and it's an experience I want to share with the rest of the world."

Concrete is a powerful story that has all the elements of a successful screenplay. It's a story that willresonate with the Black community as well as those who have had to rise above the odds to become successful. But apart from the captivating plot, the film will feature intense dialogue and original hip hop music that will keep viewers hooked from start to finish.

In addition to help from backers familiar with her work, LaFleur is depending on strangers to help fund the film. "We're initially seeking to crowdfund $60,000 of the film's cost," she adds. "The total budget is expected to be $600,000 but at this point we're focused on paying for the quality background support we need."

"It's my goal to bring this story to people all around the world: to create an overwhelming representation of urban survival, love and hope. This fresh source of funding will allow us to create the exacting detail and cinematographic quality needed to truly make our film stand out," says LaFleur.

For more about CONCRETE visit its Indiegogo page at http://bit.ly/29sNRSY or the website at http://www.concretefilm2016.com. 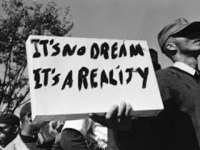