The young and deviant super stars say that they received their inspirations from unrealistic love. Christopher Santiago, KNOX, says- "He basically just brought out this beat and showed it to me. He said he made it for his ex-faience and he explained his whole relationship and how he made it for her. I really felt his love in this track... losing someone. I could relate to his pain. The next day, the same thing happened to me.That's why it was so easy to write the lyrics. I let the tears flow through my pen and on to the paper and I ended up writing the whole thing in about 30 minutes. It's easy to express yourself in that amount of time when you are going through the problem - at that moment. No stories, no gimmicks, just straight truth from your heart."

Cesar Gomez, CMEDZ, gladly shared his thoughts a few moments later- "The release wasn't even supposed to be like this. It was initially made for one person. I ended up working with KNOX, and then i knew I wanted to give more meaning to "Loners". I ended up wanting to use KNOX so that way the track could have more meaning. Everything that track is - is real. I asked KNOX, "has you ever experienced a situation like that" and he said yeah and he could definitely work with it. He took whatever i told him and really converted it into that one track."

Grant Leingang, CEO and founder of EMPIRE Audio, values originality in the music he releases. He encourages his artists to be creative and intelligent in their work. "I'm really excited and proud of these two young bloods. They really raised the bar and brought something new to the table with this track! I hope everyone enjoys this release!"

"Loners" will be released to Beatport, in the House Genre section, on "Valentine’s Day" February 14th.

For more information, you can find Empire Audio, CMEDZ and KNOX online at the following locations: 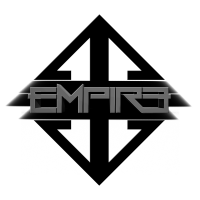