Singer-songwriter and guitarist Darlene Bailey distinct blend of folk, blues, country, soft rock and standards spans many generations and appeals to a wide range of audiences and critics.

Las Vegas, NV -- (SBWIRE) -- 02/11/2014 -- Singer-songwriter and guitarist Darlene Bailey of Westford, MA, has had a long and unique journey with her passion for music and eventual music career. Her distinct blend of folk, blues, country, soft rock and standards spans many generations and appeals to a wide range of audiences and critics, particularly with her 2011 debut, Wrenches and Rags.

Darlene began playing music and writing as a preteen as a favored way to express herself. She even admits that as a teenager, her guitar was like another appendage. In her 20s, career and family responsibilities took over, and she didn’t play for several years. She picked up music once again in her 40s and realized how important music was to her life. She eventually chose to leave the corporate world behind to focus on her music full time.

Darlene recorded and released her debut full-length album Wrenches and Rags in May 2011, which includes a number of popular singles, including “Song for TJ,” “Ricky Rudd My NASCAR Stud,” and “Meeting Howard.” She’s also written many new songs since the album’s release, though she has not yet made it back into the recording studio to officially share them with her fans.

Darlene’s music has been well-received, particularly since the release of Wrenches and Rags in 2011. Her songs have been voted in WOSRadio’s monthly top 10 every year since then, as well as plenty of annual successes: “Meeting Howard” at #24 and “Hello, Old Bureau” at #43 in 2011 and “Song for TJ” at #3 and “Ricky Rudd” at #20 in 2012 (2013 annual statistics not yet available).

Other successes include positive reviews, such as a review in the December 2013 issue of Metronome Magazine and an honorable mention in a December 2013 holiday song contest among over 1,000 entries. On New England Cable News, four of her songs have been featured in their local artist segment.

Darlene will also contribute her track “Wrenches and Rags” to WiFi PR’s Indie Anthems Vol. 5, which is a digital mixtape of fresh talent from around the world. The mixtape will be handed out on a limited number of download cards at Coachella in April 2014.

Darlene has cultivated her sound from a wide range of musical influences, such as Eva Cassidy, Bonnie Raitt, Joni Mitchel and Fleetwood Mac, and she is often compared to Emmylou Harris, Rita Coolidge, Janis Ian, Judy Collins and Suzanne Vega. As for inspiration for her music, she places a lot of importance on the lyrics and their musical story, and she is moved to write by the thoughts, emotions and experiences of her life and those close to her. This has included anything from a more than a century’s old bureau from her grandparents’ home to the unique relationship and partnership of her beloved parents.

Darlene has fiercely dedicated herself to live shows and already has over 130 booked for 2014. These include many private shows, such as at assisted living, healthcare and rehab facilities, as well as public performances at coffee houses, restaurants and clubs. A couple of her public shows on the books include performances at The Java Room in Chelmsford, MA, on both Jan. 4th and May 9th.

Her music is available for purchase at her public performances as well as Sherman’s Stationary in Boothbay Harbor, ME, Maine Crafts Association in Gardiner, ME, and Donelan’s Supermarket in Littleton, MA. You can also find her music available to order online at CD Baby.

Darlene also generates enough buzz and news to create a bimonthly newsletter that can be found on the “Press/News” tab on her website.

About WiFi PR Group
WiFi PR Group, www.wifiprgroup.com, based in Los Angeles, CA, is an innovative marketing force in the interconnecting worlds of Philanthropy, Business and Entertainment. Specializing in digital publicity and branding, WiFi PR and new entertainment division, Audio Bullet works closely with its clients to create business to business and business to consumer campaigns. 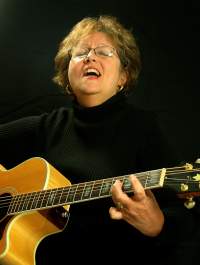