Tempe, AZ -- (SBWIRE) -- 04/22/2011 -- When the dating series “Instant Attraction Videos” was first released the only ones who noticed were those already in the pick-up community. It’s not every day that a series that teaches men how to attract women gets a second glance from academia, especially considering the bad rap dating series’ have been getting in the media. But as the series picked up momentum in its own community it eventually caught the attention of several notable psychologists, several of which used the theories of the pick-up artists’ as the basis for their own studies on attraction.

Dr. Jake Peterson, who was one of the founding fathers of dualistic approach to cognitive therapy, was in particularly impressed with the findings. “Researching attraction is perhaps the most difficult field of cognitive psychology. It’s a psychological phenomenon that you can’t necessarily bring into the lab; it requires in-field study as well as a sizable control group. But when “pick up artists” espouse theories based on their own experience it gives us further insight into what avenues we may wish to pursue. They are literally experts in the field, and their findings are usually dead-on accurate.”

When Mark Sing, co-creator of the Instant Attraction Video Series set out to create his system on attraction he put male/female psychology at the forefront of his research. “When we first set out to understand attraction we asked ‘why is it that some men gets girls and some don’t? Why is it that you can have two guys that look exactly the same and one will pull super models while the other one can’t even get a date?’ For three years these are the questions we asked ourselves and the answers always lead back to psychology- psychology of the woman, yes, but most importantly, psychology of men. It was when we asked these questions that a totally different framework for seduction presented itself to us. We then stripped down everything about self esteem, confidence, and frame control and mapped out a system that can work for any man no matter what the situation or woman he is trying to approach. To say that we went the extra mile with this series would be an understatement. For me, I poured my heart and soul into these DVDs; but it’s because of that extra effort that men have had such amazing results with our system, not to mention how psychologists are now knocking on our door when we used to knock on theirs.”

With the success of the system Mark and his team have been approached from outside the seduction community to perform workshops on self esteem and “inner game.” As of yet there has been no mention whether or not they will pursue these avenues, but students remain hopeful. Regardless of what comes in the future, there’s no doubt that the Instant Attraction Video Series has made an impact on more than just the lives of lonely men. The series can be found at http://instantattractionvideos.com/ 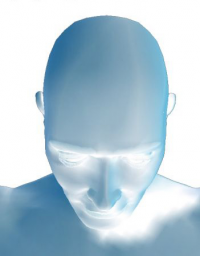