Westfield, NJ -- (SBWIRE) -- 06/04/2014 -- A fascinating photo book, ‘America’s Towers’ is a fine art collection of over 60 of Mr. Rossi's exclusive photographs. Mr. Rossi is producing America's Towers to historically preserve and share many of his award-winning photographs as part of a pictorial story of the World Trade Center from the first photographs he took of the towers in 1975 through September 11, 2001, as well as photographs of tributes and memorials through the 2014 erection of the new One World Trade Center (FreedomTower) as well as to help promote healing and inspire patriotism.

America’s Towers is not only a fine art collection of over 60 of Mr. Rossi’s photographs of the World Trade Center and memorials, it is a history book of sorts—a tribute to and memorial of those who were lost including their names and several memorial photographs, a photographic history of the World Trade Center, a history of America with glimpses of the Statue of Liberty, the Brooklyn Bridge, Ellis Island, Fireworks on the 4th of July and more.  The photographs are combined with details and reflections of the iconic buildings. It is also a history of photography during these years revealing the transition and look from film to digital photography.

Crowdfunding is sought to achieve top quality printing & binding and production of the book in America using premium materials and the development and distribution of an iBook version.

Many exciting rewards are given to all supporters, some of which include copies of the book, prints from the book and having donor’s names in the book. Please see the Kickstarter page for details. 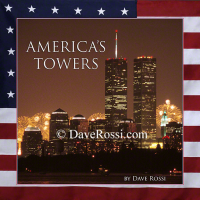 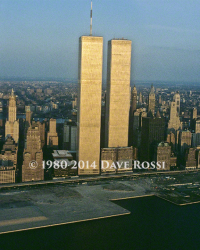 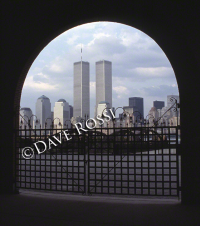 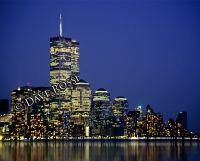