Loma Linda, CA -- (SBWIRE) -- 01/26/2012 -- What if you were given the task of feeding all of the people in the state of Vermont five days a week, and had to deliver the meals to 1,200 locations within the geographical area about half the size of the state of Rhode Island, where would you start? Add to that price constraints, USDA guidelines, and a demand to serve healthy meals. Dennis Barrett, Los Angeles Unified School District (LAUSD) Foodservice Director and David Binkle, Deputy Director know just what that is like since they deliver over 650,000 meals each day within a 700 mile area. That adds up to about 123 million meals a year. To complicate things further, half the campuses don’t have kitchen facilities to store food let alone prepare meals.

Los Angeles Unified School District, the second largest in the country rolled out their new meal program last September with high expectations. After all they put a lot of effort into meal development and testing with thousands of students, revamped their entire procurement system to avoid situations that encourage buying the cheapest product, and began developing relationships with farmers located within a 200 mile radius of the school district so they could bring in more fresh quality produce.

The school district has been able to increase fresh produce spending from 2 million in 2006 to 20 million of the current 120 million foodservice budget. Fresh is first priority with no canned or frozen produce used in meals.

Flavored milk has been completely removed from the district with only plain milk available at all schools. Decisions like this include a big risk of backlash from students who will refuse to eat if they cannot have the sugared milk. This drops your participation counts, and subsequently reduces the amount of money you will be reimbursed by the Federal government.

According to David Binkle, “We are committed to the decision of no more flavored milk for the long term. There is no turning back.” According to David they have accepted that there would be a drop in participation, but see the future in the kindergarteners and first graders. Flavored milk has never been served in preschool, so when students transfer to the elementary school there is no reason to push the extra 6-13 grams of sugar in each carton.

According to Elaine, “Artificial strawberry flavor hides an additional 30-50 chemicals needed to make something taste like strawberry that contains no real strawberries as an ingredient. Those chemicals have names like amyl acetate, benzyl isobutyrate, ethyl nitrate, methyl benzoate, and phenethyl alcohol to name a few. Most names are unrecognizable if you don’t have a chemistry degree. Add to that high fructose corn syrup, and artificial colors FD&C Red #40 and FD&C Blue #1. Both artificial colors are classified under “Caution” by the Center for Science in the Public Interest’s Chemical Cuisine safety chart.

Going from corn dogs, pizza, and chicken nuggets to healthy meals that were foreign to many students was also a bold move.

Making this many drastic changes in a short period of time is sure to create a new set of problems that other districts might choose to avoid, but apparently this school district has caught the eye of school districts throughout the country, and the world. Dennis and David get calls daily from foodservice directors wanting information on their meal program.

David Binkle will be a guest on Smart Health Talk Radio Talk Show this Thursday, January 26th from 4-5:00 pm PST to discuss where the district is at going into their sixth month of implementation of their new meal program.

Their community outreach efforts have included inviting parents to come and try the food, but there have still been mixed reviews mostly because students are unfamiliar with the meals being served or they feel the quality has not held up through mass production methods.

Tune in to Smart Health Talk to find out where the school district is at now, and how they are going to deal with student and parent dissatisfaction, together with decreased participation numbers.

Find out what is working and not working, and possible strategies for moving forward right from one of the men people are looking to for answers, David Binkle, Deputy Director.

Smart Health Talk is a radio talk show dedicated to educating families on how to make smart choices that will give them more nutrition bang for their buck, and recently added 10 Smart Health Resolutions for 2012 on their website at SmartHealthTalk.com. The show is broadcast through KCAA Radio an NBC affiliate station in Loma Linda. 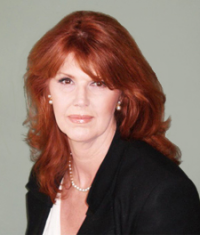