Debut Author Imagines a Different Ending to That Infamous Night in Florida, in Provocative and Electrifying Novel: Trayvon's Revenge

Buffalo, NY -- (SBWIRE) -- 04/29/2014 -- What if a government-trained assassin had secretly witnessed the fatal shooting of Trayvon Martin?

July 13th will be the one-year anniversary that George Zimmerman was acquitted on all charges stemming from the murder of the Florida teen, and that is the bold and compelling question at the heart of a debut novel from Trey Branson, a brave new author on the literary scene.

In ‘No Justice, No Peace: Trayvon’s Revenge’, Navy SEAL Luxor Kismaayo is there in Sanford, Florida on a cold February night in 2012 and sees the altercation between George Zimmerman and the unarmed black teenager who looks so much like Luxor’s own son. Vowing retribution, Luxor cuts a bloody swathe across the United States on his quest for vengeance and changes the course of history with his personal motto: No Justice, No Peace.

Searing, smart and shocking, ‘No Justice, No Peace: Trayvon’s Revenge’ does what the jury could not do, and delivers justice to Trayvon Martin and his family.

Luxor Kismaayo is a government trained assassin-a Navy SEAL who knows exactly what happened the night that Trayvon Maarten was killed. He’s the secret eyewitness to the cold- blooded murder of an innocent, unarmed black teenager- a boy who displays a shocking resemblance to his own son.

Luxor sets out on a bloody mission to enact justice, something that the legal system won’t provide. He leaves a trail of bodies along his path of vengeance, as he uncovers evidence that will level the playing field between the rich and the poor.

He has no religion, no conscious, and no sympathy. He follows a different code, plays by different rules, and only abides by one law…NO JUSTICE NO PEACE!

Although Trey Branson realizes some will consider the novel controversial, the author is prepared to answer to his critics.

“It was the trial of the century and the verdict created the biggest outrage in the African-American community since the early 90s,” says Branson. “My aim is to not let people forget that night – a young and innocent boy died, and for what?”

Continuing: “Although there are only two people who truly know what happened – my book gives Trayvon a voice through an eyewitness. Anyone who feels cheated by the verdict will love the justice that is handed down. The ending is divisive, and long over due!”

For more information about the book, excerpts and reviews, please visit the official website.

Stay connected with Trey Branson and news about the book through social media on the official Facebook page.

‘No Justice, No Peace:

About Trey Branson
Trey Branson is a young Author and Freelance Journalist from Buffalo, New York- and he hasn’t lived nearly long enough to have much of a bio, but he’s working on that. He prides himself with having a unique style of writing, which not only captivates his audience, but also brings them into the world of his characters. He’s always been a writer, but never put his skills to use until he was forced to. During a 10-year incarceration in the New York State Department of Corrections, he penned his first novel and fell in love with the feeling of putting his imagination on paper. Since then, his hobby has turned into his craft and he’s scheduled to release his debut novel in February 2014.

Trials and tribulations aside, he’s learned from his mistakes and uses his colorful past to enlighten his readers. His personal story has all the makings of a novel in itself- a man who has overcome obstacles, weathered many storms and still has the tenacity to take on any challenge. He’s more than just an author…his words come from a different place-experience. 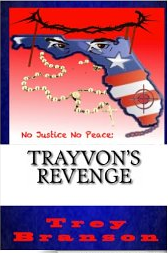