Debut Song of Rupansh, 'Proud to Be a CA' Becomes a Big Hit Among Chartered Accountants of India

Rupansh is all set to release his first novel, ‘Pulchritude - An Eternal Love Story’ and second song, ‘Love Can Go So Far’. When interviewed about his forthcoming products, Rupansh revealed, “The novel is a love story based in fifteenth century Europe and the song is a romantic love song. Both of them are ready for release. The exact dates of their release will be announced soon.”

When asked about his inspiration, he said, “I have always been inspired by the hard work and dedication of my father, CA Ashwani Gupta. He has taught me to strive until the goal is achieved.”

About Rupansh
Rupansh is a Chartered Accountant, Musician, Writer and Philosopher. His award winning book, ‘The Sojourn’ has been acclaimed by many critics and masses around the world. 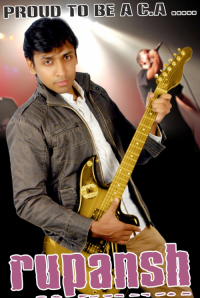