Vaxxed Producer Del Bigtree will be interviewed on Tips to Keep You Healthy, Happy, and Motivated radio show on VoiceAmerica.com on the Health and Wellness Channel. The interview will take place on Tuesday, May 21, 2019 at 3pm Pacific Time.

Phoenix, AZ -- (SBWIRE) -- 05/23/2019 -- Kristen Harper will be interviewing Del Bigtree Tuesday, May 21, 2019 at 3pm Pacific Time on VoiceAmerica.com on the Health and Wellness Channel. The interview will discuss:

4) Vaxxed was pulled from Amazon Streaming, and more!

About Del Bigtree
Del Bigtree is one of the preeminent voices of the vaccine risk awareness movement around the world. He is the founder of the non-profit, Informed Consent Action Network, and host of a rapidly growing internet talk show The HighWire, boasting over 33 million views to date. Del's multi-pronged approach incorporates legal, legislative, and media actions to expose the fraud, lies, and conflicts of interest that have allowed the pharmaceutical industry to evade standardized safety testing for vaccines. This collusion between government agencies and the pharmaceutical industry, now the most powerful lobby in Washington, has led to a dramatic increase in vaccine injuries, estimated to be as high as 5.9 million cases per year in the US alone. Despite mainstream media sources such as the New York Times and Washington Post blame so-called "Anti-Vaxxers" for the growing trend of vaccine hesitancy, Del has focused the spotlight on the real issue – the shocking lack of credible vaccine science.

Del's foray into the vaccine issue was anything but intentional. After spending a decade celebrating great doctors, cutting edge surgeries and medical breakthroughs as a producer on The Dr. Phil Show and the CBS medical talk show, The Doctors, it was a routine investigation into the story of a whistleblower at the Centers for Disease Control and Prevention (CDC) that catapulted Del into the vaccine debate. When every news agency in television, including The Doctors, refused to cover the story of Dr. William Thompson, a senior scientist at the CDC who had provided over 10,000 documents to support his claim that the agency had destroyed scientific evidence proving a connection between vaccines and autism, Del put his career on the line and left network television to make one of the most controversial documentaries in history: Vaxxed: From Cover-Up To Catastrophe. The film became a worldwide phenomenon when it was abruptly removed from the 2016 Tribeca Film Festival lineup under unprecedented pressure by the festival's medical sponsor, The Sloan Foundation.

Del is now one of the most sought after public speakers in the natural health arena, often gathering audiences in the thousands who travel from around the world to be inspired by his unique blend of passion, wit, and scientific expertise. He has worked directly with the likes of Robert Kennedy Jr., Robert DeNiro, and Jenny McCarthy, and was an official member of the 2017 Kennedy Vaccine Safety Delegation at the National Institute of Health arranged by President Trump. He is the recipient of multiple awards including an Emmy Award as a producer on The Doctors, Best Drama at the New York Television Festival, and the Health Freedom Hero Award from the National Health Freedom Federation, the oldest natural health organization in America. He has appeared on several primetime news networks including ABC, NBC, CBS, and FOX and has been interviewed by countless radio and Internet personalities ranging from Tom Hartman to David Knight of Infowars. Above all, Del is most fulfilled by his work with the brave mothers and fathers of vaccine injured children who are marching on state capitols around the nation to stop Big Pharma's push to forcibly inject every American citizen with vaccines, a product the Supreme Court has described as "unavoidably unsafe." 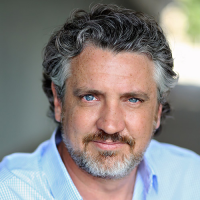