Oral cancers have become increasingly prevalent in the younger population during the past decade due to the rapid spread of HPV via both kissing and oral sex with multiple partners beginning at an earlier age.

Says Peck, “Although anyone can be affected by oral cancer, a few groups at a higher risk include smokers, smokeless tobacco users, alcohol abusers and also persons infected with HPV. HPV has long been linked to cervical cancer, but today more than 50% of all oral cancers are HPV related. The HPV-16 strain has been identified as the specific culprit. In the oral environment HPV-16 manifests itself primarily in the back (posterior) regions such as the base of the tongue, the oropharynx (the back of the throat in the mouth), the tonsils and the tonsillar pillars.

As a result, oral cancers have become increasingly prevalent in the younger population during the past decade due to the rapid spread of HPV via both kissing and oral sex with multiple partners beginning at an earlier age. We educate our children on the risks of sexual diseases that may be orally transmitted, but we are neglecting to mention cancer. We need to educate parents and teens now, before these alarmingly high numbers get any higher. The FDA has approved the use of the Gardisil vaccine for both boys and girls prior to the age of sexual activity. Vaccinating our children can help dramatically reduce these numbers. I have seen estimates as high as preventing 10,000 new cases of oral cancer a year.”

Says Peck, “Oral cancer is particularly dangerous, because it may not be noticed with readily recognizable symptoms in its early stages. Some early warning signs, for both adults and children, which definitely merit a trip to the dentist include:

- A lump that appears on one side of the neck only and increases in size.
- A sore or lesion in the mouth that does not heal within two weeks.
- A lump or thickening in the cheek.
- A white or red patch on the gums, tongue, tonsil, or lining of the mouth.
- A sore throat or a feeling that something is caught in the throat.
- Difficulty chewing or swallowing, or in moving the jaw or tongue.
- Numbness of the tongue or other area of the mouth.
- Chronic hoarseness.
- For denture wearers - swelling of the jaw that causes them to fit poorly or a mouth sore that will not heal.

Dr. Peck encourages patients to ask that their dentist perform a routine visual oral cancer exam at every cleaning, beginning with their very first visit. Says Peck, “A visual screening should include an examination of the tongue, the floor of the mouth, the roof of the mouth and the back of the throat, places where most oral cancers typically begin.”

Dr. Peck is one of the first dentists in the Tri-State to purchase the newest, most accurate model of the VELscope, the most highly advanced, powerful tool for assisting in the discovery of oral abnormalities. Says Peck, “In the past, patients were subjected to unpleasant rinses and stains in order to detect the suspect soft tissue. The VELscope has a blue-spectrum light, which causes the soft tissues of the mouth to naturally fluoresce, allowing us to detect abnormal tissue patterns. Using the VELscope, a wide variety of oral abnormalities can be discovered, often before they're visible to the unassisted eye. Early detection is key, as lives can be saved through a less invasive and more effective treatment.” Link to VELscope demonstration on the Dr. Oz Show http://www.youtube.com/watch?v=6b9lcagllwU

Upon detection of abnormal tissues, a dentist will then perform a “brush” biopsy, which painlessly scrapes cells from any suspect areas and then sent to a pathology lab for a thorough analysis. More advanced cases might require a total biopsy of the suspect area or nodes. Curative treatments for oral cancer include surgery and radiation, with chemotherapy also being used as needed to decrease the possibility of metastasis. 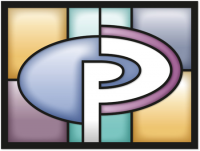 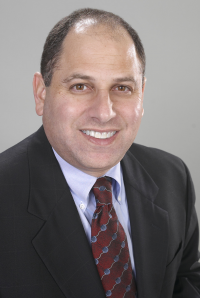