Hebron, IN -- (SBWIRE) -- 04/18/2014 -- Every parent worries about the safety and security of their children, perhaps even more so when they’re raising teenage girls, as was the case with Caroline Olah, a devoted Mother of two in Indiana. After hearing the alarming statistics of aggravated assaults, robbery and sexual attacks against young woman, Caroline decided to take matters into her own hands and began to develop a product that would not only protect her own girls but would serve as a weapon of empowerment for the hundreds of thousands of victims each year.

The statistics themselves are staggering, every two minutes a sexual assault occurs here in the US. Recent studies released from the Pennsylvania Coalition Against Rape discovered that of the men incarcerated for rape, 80% of them reported that their victims were under the age of 18. Findings also show that victims of sexual abuse while in grades 9 through 12 are more likely to experience eating disorders, suicidal behavior, pregnancy and risky sexual behaviors, confirming that the trauma of a sexual assault has everlasting and far reaching negative effects.

Determined that her daughters would not fall victim to statistics, Caroline Olah was inspired to invent the Little Viper, the World’s first and only pepper spray self-defense bracelet. Weighing in at only one ounce, the Little Viper has an impressive three foot range and inhibits assailants with 3-6 bursts of 10% OC pepper spray. The adjustable silicone bracelet is 8.5" in length and is available in black or pink. Designed to be the true definition of fashion meeting function, the Little Viper is nearly undetectable to an offender and appears to be nothing more than the latest fashion accessory.

“After researching all of the stats on violence against not only teens but college students, young adults and the elderly I felt truly compelled to protect those who may seem defenseless to the predators of our society. Aesthetics and convenience were nearly as important as functionality and I wanted to create a wearable product that would be ready at a moment’s notice. During an attack, every second counts so it was crucial that my daughters didn’t have to waste any time digging through a purse or pocket. The end result is a compact, self-defense system that will provide ultimate security when you only have time to react”, says Caroline.

To learn more about the Little Viper, please visit www.LittleViper.com 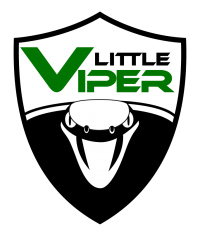