Devfix.com Takes on the Most Common Issues in the Functionality of Popular Smartphone Brands

Smartphones and tablets are more than just a mobile phone because of its different built-in applications and special functions. Various smartphone manufacturing companies may advertise them to have the most innovative features making the device almost perfect in the eyes of its potential buyers because of its very promising features.

Singapore -- (SBWIRE) -- 09/28/2015 -- People are presently in the fad of the latest mobile devices such as smartphones as new models from popular brands are released mostly every 6 months. But, people have to understand that there isn't any device that is made completely flawless or that could keep up with the fast-paced changes in the world of technology; every now and then, companies have to come up with some other additional features to be able to keep abreast with each mobile device user's changing needs.

Smartphones and tablets are more than just a mobile phone because of its different built-in applications and special functions. Various smartphone manufacturing companies may advertise them to have the most innovative features making the device almost perfect in the eyes of its potential buyers because of its very promising features. However, there have been tons of reports coming from smartphone users with regards to the imperfections and limitations of certain mobile device functions.

Here are some of the most common blunders of smartphone units which may necessitate professional mobile phone repair services:

- One of the biggest complaints received by most mobile device companies is battery problems. This is most probably due to the fact that popular brands are produced to be high-powered because of the essential applications that need to run even on idle mode.

- One of the greatest blunders of one of the most innovative brands which is Apple's iPhone 5s is its Touch ID fingerprint scanner. This feature is exclusively available only in specific Apple models. The problem with this special feature is not chiefly from the functionality itself but with the privacy and security issues.

- Mobile device overheating is the biggest dilemma experienced specifically by Samsung Galaxy S4 users and this problem may be because it is one of the high-powered models manufactured by Samsung.

- Photo resolution and audio problems are some of the issues faced by those who bought and used HTC smartphones. This is quite very intriguing as HTC claims to have the best speaker system and the company has invested greatly in exceptional screen quality and incomparable industrial design.

- File storage is another of the biggest concerns of most mobile device and tablet users and Moto X is one of those brands facing a lot of complaints. Moto X's storage issue is aggravated by the fact that their units lack a micro SD slot in its design.

About Devfix
Devfix provides exceptional and reliable repair services for smartphones and tablets. Trained and experienced technicians who can provide customers with fuss-free, skillful and quick repairs operate the company. The company also offers delicate phone repairs such as data preservation in case of phone motherboard repairs. The company offers a free diagnosis of the device's problems and issues and do not incur hidden charges. 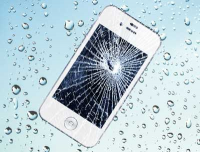