SSC Atlantic Commanding Officer Captain Scott Heller, kicked-off the competition by encouraging students to pursue STEM careers, followed by Ms. Shanda Johnson, SPAWAR STEM Outreach Program Manager, who explained during her Channel 5 interview that, "This is one of many programs that we do in order to inspire students to become scientists, technicians, mathematicians and engineers."

In total, more than 80 students participated in the day's event supported by teachers, administrators, and parents. The tournament was made possible with the volunteer efforts of many SPAWAR engineers, computer scientists, technicians, program managers, and others who contributed their time to ensure a positive experience for everyone. The 21 school teams competed against one another in five, high-action, multiplayer preliminary game rounds. The top eight scoring teams advanced to the semi-finals round, leading to the final four who competed for the top spots.

"These competitions demonstrate how educational gaming is an essential instructional support component to the classroom, " said DimensionU CEO, Steven Hoy. "We are academically engaging diverse groups of learners, inclusively, in a way that is relevant and scalable from an individual student to an entire school district. Relevancy is of the utmost importance to educating this and future generations," added Hoy.

Tournament photos and videos can be viewed on DimensionU's Facebook page at http://bit.ly/DU-SPAWAR16.

About DimensionU
DimensionU, Inc. is an award-winning educational software company that creates highly engaging multi-player video games for elementary, middle, and high school students. The games can be integrated into classroom instruction or played at home, and students, teachers, and parents all love the games. Learn more at www.dimensionu.com. 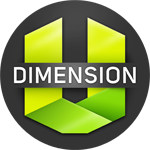 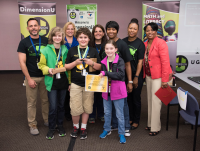