Crafted by D.C. Reed, ‘Disunited State of America’ depicts a U.S. Senator’s suspicious death during a Presidential fundraiser, a rogue investigative journalist unintentionally threatening a plot to financially unravel the U.S., and a 25 year old witness who has to disappear in order to remain alive. Fans of murder mystery and political intrigue will revel in a novel that quickly proves the system’s true volatility.

Tampa, FL -- (SBWIRE) -- 09/30/2014 -- While novels with a twist of political intrigue have seen something of a recent boom in popularity, both readers and critics alike are calling out for new material that doesn’t succumb to recycling of the ‘same-old’ concepts. Thankfully, author D.C. Reed has stepped up to the plate with gusto, announcing the release of the third volume of a wholly-unique series where murder and politics appear to be one and the same.

‘Disunited State of America’ follows the engaging novels ‘The Cleaning’ and ‘Deadly Trifecta’. Don’t come into this series with any preconceived ideas, because nothing Reed writes conforms to convention. This is politics at its best…and most deadly.

The death of a U.S. Senator during a Presidential fundraiser propels Charles Reynolds, an award winning investigative reporter, to once again begin pulling the strings of evidence which uncovers political fraud at the highest levels. Reynolds’ efforts to unearth the facts create havoc for his friends and inadvertently swerve into the plans of a subversive organization with plans to dismantle the United States of America.

“Washington D.C., Florida and Virginia become the landscape for what can only be described as a thick soup of crime, delusion and the quest to piece it all together,” explains Reed. “It’s definitely written for audience 25-years and up that wants a fusion of both the traditional murder mystery style and emerging edgy-political fiction.”

Continuing, Reed says, “There’s also plenty of fact, as well as amusing characters twisted into the fray. This novel identifies an underlying distrust of the federal government and the extent to which some are willing to implement change. This theme directly transposes to my narrative but, like any good book, its limits are pushed to the nth degree!”

One reader hailed this new novel “Just outstanding fun and suspense!” and provided a similarly-glowing review for ‘Deadly Trifecta’, writing, “Lots of fun characters in this one. You have to keep up with all the locations and the characters, but this is definitely worth the read.”

With this new novel’s popularity expected to increase, interested readers are urged to purchase their copies as soon as possible.

About D.C. Reed
A resident of Tampa, Florida, D. C. Reed is a semi-retired corporate executive and college professor. Having served as a writer for a prestigious economic think- tank and legislative advisor organization, Reed has turned his attention to writing political-suspense novels. Married, with college-age children, Reed enjoys travel to the Caribbean and rolling the dice at the craps table. 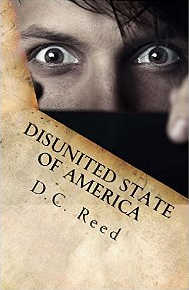