Mississauga, ON -- (SBWIRE) -- 06/29/2020 -- Dominick Mitchell is a Canadian Business Analyst and Social Entrepreneur. He is best known for analyzing and executing several operation, strategy and fundraising projects both in the for-profit and not-for-profit sector. Over the last six years Mr. Mitchell has led JC ALGO, a boutique firm that designs and implements capital raising strategies for projects in emerging markets and it's subsidiary JC ALGO Fund, a successful foreign investment fund to its current state of $175,000 CAD and $25,000 CAD annually respectively. Hehas in-person pitched a project to the United Nations, was President of the Mississauga Arts Youth Council and has opened the Toronto Stock Exchange "ringing the bell" twice.As a community leader, Dominick continues to advise students for Junior Achievement Company Programan 8 month entrepreneurial initiative.

Born February 7th, 1998, Dominick Mitchell was bornin Mississauga Ontario Canadathe sixth-most popular municipality in Canada with a population of 721,599 as of the 2016 census.Most of his life, Dominick resided in Mississauga where he also attended the SHSM Business Specialist program at John Cabot Catholic Secondary School. While here, Dominick expanded on his entrepreneurial spirt by studying under his professors Lucio Marcantonio and Nelson Damasowhere he later went on to credit them for teachinghim personal finance, negotiation and leadership skills, respect, and the true meaning of pursuing happinessfirst resulting insuccess.Since then Dominick has gone on to complete post secondary in Business Management(link)at Humber College and is now attending Harvard for Business Analysis(link).

Dominick is cited for saying "A year from now I see myself improving my cultural awareness by becoming bilingual (English & French) thereby being the bridge between culturally diverse organizations to achieve goals & make an impact. Five years from now I see myself working as an Analyst for an Intergovernmental Organization where I can analyze international development projects. Ten years from now my fund [JC ALGO Fund] will be listed as one of Canada's fastest-growing funds [2030]."

Project Newland: Deescalating Riot's in Mexico2018 –2019Newland is a self-funded algorithmic model (prototype) that uses Artificial Intelligence to predict the possibilities of riots in a country. Phase five included feature enhancements such as a recommendation engine that will suggest a deescalation strategy based on the country's real-time resources that can be utilized (Military, Streets, Traffic Lights, etc).

While working with the Strategy team as an Analyst, Dominickwas tasked with analyzing World Vision'sQuebec Operations to establish a new strategy for the following fiscal year. This required himto gather data from various sources [Cross Department, Sentiment Data, Financial Reports], analyze them for impact potential and identifying goals and objectives based on the direction of the national operation strategy. He thenpitched hisfindings to the Vice President of Corporate Strategy and Efficiency Innovation resulting in the team using it as a base to build the Quebec Operating Strategy on.

The IBM Watson Campaign integration project was initiated as a solution to engage and understand World Vision donors at scale. Under the direction of the PMO department, Dominick worked on exporting email analytics and donor data from Salesforce. After importing the exported data into IBM Watson theymoved onto decommissioning Salesforce and it's nexus to internal and external facing users to complete the epic. Hisrole resulted in an improvement in our donor engagement score as we were able to deploy smarter campaigns based on the analytics we exported that we were not currently acting on.

As the Research Analysts, Dominick prepared a case study justifying why Origin Capital should operate as a Skunkworks instead of sitting under the World Vision ecosystem. The case study highlighted a number of organizations that benefited by operating as Skunkworks for a number of reasons such as preventingbureaucracy and tunnelling innovation. In addition to providing the case study, he prepared a recommendation report that defined what winning looks like by identifying how and where Origin Capital should"Play"resulting in the idea being adopted.

As the Project Analyst, Dominick conducted market research to prepare and present a case study for Samsung Canada executives. The case study provided research and recommendations that would attract more millennial's to purchase Samsung Watches. The team analyzed the retail store data and crafted three methods Samsung Canada could use to redesign their store layoutfor the Eaton Center, Sherway Gardens and Vaughan Mills Malls.

In 2015 Dominick delivered the Keynote Speech for NewcomerCenter of Peel's Annual General Meeting to the board and members of The Ministry of Economic Development and Growth to promote youth entrepreneurship across The Greater Toronto Area.He was then awarded Youth Entrepreneur of the Year.

Toronto Stock Exchange: Hackathon 2018 In 2018 Dominick participated in the Toronto Stock Exchange's annual hackathon with Junior Achievement. As the Project Analyst, he worked with the project team to ideate and develop an action plan for TMX to generate listing revenue for the Toronto Venture Exchange by using machine-learning algorithms to predict the success of startups in their very early stages prior to listing. This tool would be beneficial for startups and investors. As a reward, him and his team participated twice in opening the Toronto Stock Market "Ring the Bell"

United Nations2019Dominick was Delegated for the 2019 United Nations Youth Assembly and had the opportunity to pitch an innovative approach to deescalating riots using date. 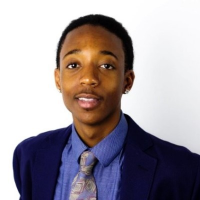 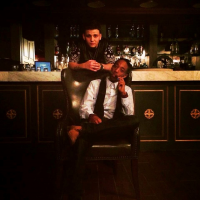