Singapore -- (SBWIRE) -- 05/25/2012 -- In the past couple of years, microdermabrasion has become increasingly popular. The technique, which involves removing the superficial layer of skin through a process called exfoliation, can help the skin look healthier, smoother and younger.

Dr. Chee Yew Wen, founder and general practitioner of Wen & Weng Medical Group, understands that his clients want their skin to look as healthy and radiant as possible. That is why he now offers a specific type of microdermabrasion called Diamond Tip. This special form utilizes diamond tips in the microdermabrasion machine instead of the more traditional crystal tips that are typically used during the exfoliation process.

Dr. Chee Yew Wen has found that the Diamond Tip process is especially effective, and also has the lowest risk of side effects. By helping to improve the condition of the collagen, skin that has been treated with microdermabrasion will typically respond by being more elastic, as well as by having better blood flow to the treated areas. This can help reduce the appearance of acne scars, fine lines, uneven skin tone and shallow acne. Wrinkles, enlarged pores, and photodamaged skin are other conditions that usually show an improvement after a microdermabrasion cosmetic treatment.

In addition, the Diamond Tip microdermabrasion is safe for patients who are living with mild cases of acne. As a bonus, Dr. Chee Yew Wen said that the treatment may actually prevent new pimples from forming.

Other positive aspects to microdermabrasion are that it is non-invasive and typically only requires about six to nine sessions to see the best results. Each appointment usually takes about 15 to 30 minutes and many people find that it is not only painless, but actually quite enjoyable.

While some patients do have slightly red skin after a microdermabrasion treatment, Dr. Chee Yew Wen noted that this usually goes away after a few hours. Some patients with particularly sensitive skin do require a full day for the redness to go away. Patients with dermatitis and eczema should not have microdermabrasion, because it may not only cause the condition to get worse but also damage the skin.

About Dr. Chee Yew Wen
Dr. Chee Yew Wen is the founder and general practitioner of Wen & Weng Medical Group. He is an established multi-disciplinary healthcare provider known for his safe, effective and affordable aesthetics treatments, and one of the pioneer practitioners of aesthetic medicine in Singapore. After graduating from the Royal London School of Medicine, University of London, Dr. Chee Yew Wen subsequently obtained his Grad. Dip FP Dermatology from the National University of Singapore. For more information, please visit http://www.wen-weng.com.sg 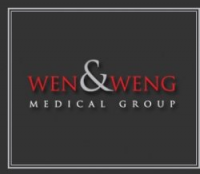