Dr. Don Reid collaborated with several other dentists on the design for occlusion software that would clearly explain to dental patients how their bite was affecting their health. Dr. Reid is the dentist behind BiteFX who transformed his practice by learning how to explain occlusion successfully to his patients and now teaches regularly on occlusion-related topics.

Truckee, CA -- (SBWIRE) -- 05/14/2013 -- The system, named BiteFX would easily explain to patients why they may have temporal headaches, why they were grinding their teeth or why they have breaking teeth. BiteFX is an animated software program that shows the patient what a natural bite is supposed to look like and explains how their occlusal disease is causing problems for them.

Dr. Reid says that, “Before BiteFX was invented, trying to explain occlusion (bad bite) to his patients usually got me a blank stare or a look of confusion.” With BiteFX, patients understand complicated concepts that were previously difficult and time consuming to explain. Dr. Reid goes on to say, “However, I found that when I replaced the out-dated tools with the new 3D animations – bingo! The lights went on. A moving picture makes all the difference.” Dr. Reid’s patients easily comprehend what he is explaining to them and the system is a time saver for both him and his patients.

Before designing the BiteFX Splint which is the oral product of the system, Dr. Reid used several companies to make the splints he needed, but was never satisfied with their product. He decided to design his own splint and had it digitally manufactured at nSequence® in Reno, NV. Dr. Reid takes complex measurements and impressions of his patient’s teeth and sends the information to the company and they manufacture the splint according to his specifications.

The splint is the returned to Dr. Reid and because of the enhanced magnification used while taking the measurements the splint is placed in the patient’s mouth where it fits perfectly. The splint is worn at night and puts the patient’s bite in what should be the patient’s natural bite, relieving headaches and bruxing or grinding of teeth. When the splint was added to the system, Dr. Reid noted that patients were amazed at how much better they felt.

Dr. Reid created BiteFX software animations depicting all the destructive effects caused by malocclusion or Temporal Mandibular Disorder. Dr. Reid’s software received world acclaim by, as many dentists say, the foremost authority and influential clinician in the history of dentistry, Dr. Peter Dawson. Dawson’s Center as well as universities, dental schools and private institutions around the globe are using Dr. Reid’s software to enhance student’s comprehension of the human masticatory system during the physiological act of chewing. The system is now being marketed globally.

He teaches hands-on programs for complete reconstructive dentistry as well as advises colleagues with clinical dilemmas. These lectures are held at The Sequence Center for Advanced Dentistry, located in Reno, which is a multi-faceted organization that has become an industry leader in its 26 years of serving dentists locally, nationally and worldwide.

Dr. Reid is a fellow of the International Congress of Oral Implantology, graduate of the Center for Advanced Dental Studies, Misch International Implant Institute and is both a pioneer and a founder of the Academy of Microscope Enhanced Dentistry.

He is a long standing member of the American and California dental societies, Dental Organization for Conscious Sedation and the American Academy of Cosmetic Dentistry.

For more information about the BiteFX software CLICK HERE or watch this video. 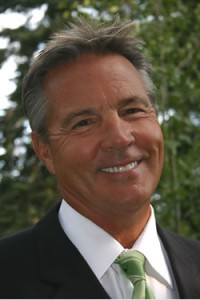