Over one thousand reviews on Amazon, multiple award nominations, one of the most followed authors on GoodReads.com and still, some fans of paranormal romance have never heard of Coreene Callahan. However, with the latest release in her ‘Dragonfury’ Series hitting new levels of popularity, the secret is about to get out…

Already discovered by thousands, the ‘Dragonfury’ Series is a sensual, gritty and searing collection of novels that center upon a secret race of dragon-shifters in modern day Seattle. Each book is a building block in the mythology that Callahan has created, and piece by piece, she is constructing a richly detailed new world for literary adventurers to explore.

Hotly anticipated, the latest installment, ‘Fury of Desire’ is the story of Nightfury warrior Wick and the woman he just can’t stay away from, J.J. Solares. When Wick is sent to rescue J.J from a brutal imprisonment, they find themselves thrown together in isolation to recover from their agonizing wounds… both physical, and emotional.

With enough exhilarating passion and raw realism to keep even the pickiest of fans happy, ‘Fury of Desire’ has many critics calling Coreene Callahan’s series “the best of the best” in paranormal romance.

‘Fury of Desire’ Synopsis:
Of all of the warriors in the Nightfury pack, none is more complicated or more damaged than Wick. Emotionally scarred from a childhood of slavery and torture, Wick can barely stand the touch of another person. But all bets are off when he meets newcomer J.J. Solares. When J.J. is unjustly imprisoned, Wick agrees to help rescue and return her to the family fold. But Wick lives a life of self-imposed isolation, even among his beloved brothers in arms. Venturing into the world to seek justice for J.J. may be more than he can bear.

Meanwhile J.J. fights for her life at the hands of brutal prison guard Griggs. When she winds up in the hospital she sees no hope for things getting better. But events take a dramatic turn when she and Wick encounter each other. The connection they share is unlike anything either has felt before. J.J. believes she is hallucinating when she sees the majestic dark-haired god sweep in to save her, and Wick is shaken to his core by the attraction he feels for J.J. For the first time in his life, he finds himself wanting to get close to a woman.

After J.J.’s rescue, the two retire to Wick's mountain home, where J.J. recovers from physical injury while attempting to help Wick recover from his emotional ones. But neither is out of harm's way yet. And when they find themselves in the center of a Dragonkind war, they are forced to make the ultimate choice between surrendering to their fears or each other’s love.

Since Coreene Callahan began writing the Dragonfury Series, the books have enjoyed award nominations, accolades from critics and over one thousand 5-star-reviews on Amazon.

"Action, adventure and a sassy attitude light up this fabulous take on the classic battle of good vs. evil. Callahan entertains readers right from the beginning, adding a dose of treachery as the book progresses. The redemption of two tortured souls as they strive for happiness makes for enjoyable reading,” from RT Book Reviews, 4 ½ Stars.

"Anyone who enjoys PNR reads that has some form of brotherhood or intricate world building such as Kenyon’s Dark Hunters, Thea Harrison’s Elder Races, and even JR Ward’s BDB will sure to enjoy Ms. Callahan’s Dragonfury series,” from Under The Covers Book Blog.

“This is definitely a six star book. One that all who have enjoyed the previous books will love. I will be intrigued to find out what Ms. Callahan will bring us in the next book,” from Jo-Ann Doyle, Amazon Reader.

As for the author, well – she knows what her devoted fans want.

“I’m hard at work on the next book!” says Callahan. “There really aren’t many contemporary series that focus on dragons, so it definitely fills a gap for many readers. I wouldn’t want to disappoint them – or myself. Writing about these characters – their struggles and hurts and loves – and constructing this world from the ground up as been hugely rewarding and I can’t think of anything else I’d rather do. There are just so many more stories to tell…”

About Coreene Callahan
After growing up as the only girl on an all-male hockey team, Coreene Callahan knows a thing or two about tough guys, and loves to write characters inspired by them. After graduating with honors in psychology, and taking a detour to work in interior design, Coreene finally gave in and returned to her first love: writing. Her debut novel, Fury of Fire, was a finalist in the New Jersey Romance Writers Golden Leaf Contest in two categories: Best First Book and Best Paranormal. She combines her love of romance, adventure and writing with her passion for history in her novels Fury of Fire, Fury of Ice, Fury of Seduction, Fury of Desire, Knight Awakened, and Warrior’s Revenge. She lives in Canada with her family, a spirited golden retriever, and her wild imaginary world. 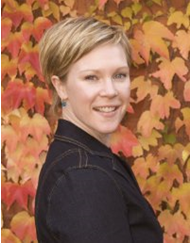