Queens, NY -- (SBWIRE) -- 05/21/2012 -- On May 19th, 2012 at 3:11am Drew Evans (born Andrew Glick) was confirmed dead in Queens, NY. There have been many conflicting reports surrounding his death, however it is now know that Drew Evans committed suicide by driving his car into the underpass of a bridge in Queens, NY. The events surrounding his suicide are being confidential by his family. However, it is now known that Drew did indeed pass away after having in the early morning hours of May 19th, 2012.

Drew was a respected film makers and author, accomplished stuntman, leader and mentor. His latest book, "A TIGER in the DARK: Eyes of a Stranger" which will be published by Outskirt Press and available to consumer’s via Amazon.com, Barnes and Noble and many more online retailers is scheduled for released in June 2012. Some say that the book is a "suicide note." It contains stories and events occurring in Drew's life and his thoughts and feelings about how he has "struggled for a decade and can no longer bear the burden." Drew Evans was also scheduled to wrap on his latest film, "A TIGER in the DARK: DECADENCE, Pt.1: FINAL CONLFICT" this June.

The film which was being shot in NY deals with an individual who is forced to face their inner demons. At the current time Drew's family has assumed the rights to all his screenplays, manuscripts and film rights. Drew had written over 7 novels of which six have been released. There were also many unfinished manuscripts found in his laptop after local police seized his computer searching for files or any information that may have provided clues to why Drew committed suicide.

His friends and family will miss Drew dearly. His family is currently seeking to start a charity in his name and give 100% percent of the profits to various organizations Drew supported including the ASPCA. Drew Evans was single with no children. He owned two beloved dogs, Gabbie and Sasha that he cherished and who will remain with Drew's family in Long Island, NY. If you are interested in learning about how to get involved with the on-going effort to support Drew Evans please visit http//www.becomeananimal.com and click "In Memoriam of Drew Evans" located at the bottom of the home page and follow the corresponding links to view the charity notice. Drew will forever remain in our hearts. A special thank you to everyone who has supported our family during this tough time. 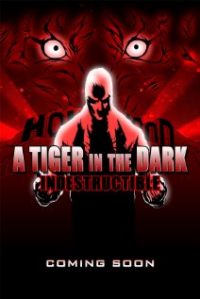