Drs. Moshiri Increasingly Making Efforts to Educate General Dentist and Orthodontists on the Intricacies of Invisalign

St. Louis, MO -- (SBWIRE) -- 08/22/2011 -- On July 27th, 2011 a press release was distributed that outlined Drs. Moshiris’ plans to train general dentists and orthodontists throughout the U.S. on how to use Invisalign. The information in the press release was not entirely accurate and has thus been corrected with the following release.

Doctors Moshiri are proud to announce that they are increasingly making efforts to educate general dentist and orthodontists on the intricacies of Invisalign via study club lectures and continuing education events at universities.

Invisalign, which is a series of indiscreet removable teeth aligners, is used by dentists and orthodontists as an alternative to metal braces. By systematically rotating the clear plastic trays over a prearranged amount of time, the teeth are gently guided into their final position. Each tray is slightly different from the one preceding it, and each new set takes the patient one step closer to their final goal.

Unlike traditional braces Invisalign trays are largely unnoticeable and they can be removed for a variety of situations. They are also far less abrasive than braces and reportedly less painful for patients.

It’s with Invisalign’s ease of use, comfort, and nearly invisible design that has made it one of the most popular cosmetic products on the market. But Invisalign’s recent popularity has created more than just the demand for qualified practitioners- it has also spurred the demand for licensed practitioners to share their knowledge and foster the continued success of the product.

According to a recent report, over 70 percent of dentists and orthodontists now offer Invisalign in their practices, and that figure is expected to increase exponentially over the next several years.

Having achieved the exclusive certification of “Premier” Invisalign provider (which is only given to the top 5 percent of Invisalign practitioners), Drs. Moshiri have earned a reputation among their peers for having exceptional knowledge and experience with Invisalign.

Many dental professionals throughout the United States have heard the doctors Moshiri lecture at their local Invisalign study groups, and they hope to benefit from the Moshiris’ experience and become Invisalign practitioners for their own practices.

What this means for Drs. Moshiri is a long list of dental professionals that are eagerly waiting to learn from their expertise. With the Moshiri’s collective experience in the field of dentistry, their recent efforts to facilitate study groups and club lectures is expected to be another success for Moshiri Orthodontics. 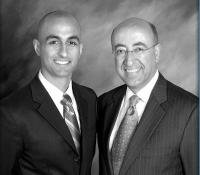