Fresno, CA -- (SBWIRE) -- 10/03/2013 -- The Law Office of Sam Salhab offers knowledgeable and aggressive representation to those who have been arrested for DUI, as well as similar types of offenses. For people who are looking for a top-notch DUI lawyer in the Fresno area, as well as California’s Central Valley, Sam Salhab is ready and able to help.

As the Fresno DUI Attorney noted in a recent article, being convicted of Driving Under the Influence (DUI) can be an extremely serious and life altering situation. As Salhab wrote, being charged with a DUI can result in serious consequences to one’s freedom and their ability to drive. As a result, people who have been accused of a DUI need to work with an attorney who truly understands these types of cases. Salhab’s knowledge about DUI cases and passion for helping his clients has made him a DUI attorney Fresno residents can count on.

The Law Office of Sam Salhab routinely handles DUI cases and aggressively represents their clients during their legal proceedings. While determining just how legally impaired a driver was seems like a basic procedure for the police officer, whether one is legally intoxicated depends on many factors. An aggressive and experienced defense attorney like Sam Salhab can offer top-notch assistance to those who have been arrested for DUI because Salhab understands that what somebody blew into the machine may not be their correct legal level of intoxication.

As the Fresno criminal attorney explained further, just because somebody has been charged with a DUI does not mean that they will be convicted. People who have been arrested for DUI need to hire an experienced and caring attorney like Sam Salhab to help them settle their case as quickly and fairly as possible. Time is of the essence in a DUI case because one only has 10 days from the date of his or her arrest to dispute the DMV’s suspension of their California Driver’s License. The Law Office of Sam Salhab will not only fight for people in court, but will fight the DMV’s suspension of their driver’s license as well.

Sam Salhab has handled literally thousands of DUI cases to the satisfaction of his clients, and is an expert at defending people who have been charged with a crime. From juvenile crimes and misdemeanors, to felonies including DUI, the Law Office of Sam Salhab has had a lot of success defending clients who have been accused of many types of offenses. 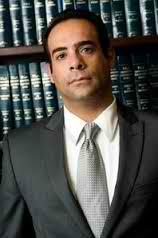