Los Angeles, CA -- (SBWIRE) -- 07/26/2013 -- Since the day David B. Pastor opened his law firm for business, he has strived to offer each and every one of his clients the best legal representation possible. For those who are looking for a DUI lawyer Walnut Creek area Pastor is well-known for his hands-on and ethical approach. His firm, The Law Offices of David Pastor, has gotten a lot of attention lately for staying on top of current issues that can have an impact on clients.

For example, the Walnut Creek DUI lawyer has been paying a lot of attention to a recent blog on the Supreme Court of the United States website that addresses a decision about the Missouri v. McNeely case that involves a limit on DUI blood testing. The article, which was written by Lyle Denniston, gives an in-depth analysis about a new decision by the Supreme Court that mandates every drunk driving case must be judged based on its own facts.

Interestingly, the blog noted, none of the Court’s four opinions said that officers who are investigating a drunk driving case must get a warrant. The majority also commented that the Constitution does not allow a police officer to obtain a blood sample from the driver without ever having to get a warrant. This, the blog explained, sets up a case-by-case approach to drunk driving arrests.

The blog, which criminal lawyer Walnut Creek area David Pastor has read in full, also explained how Justice Anthony M. Kennedy’s vote was needed in order to make a majority that every DUI case be judged on its own facts. Kennedy suggested that local law officials should still decide on “rules and guidelines that give important, practical instruction to arresting officers,” and that these rules may then lead to blood testing without a warrant “in order to preserve the critical evidence” of blood alcohol content.

In an opinion that was shared by Justices Samuel A. Alito, Jr. and Stephen G. Breyer, Chief Justice John G. Roberts, Jr., argued for an essentially flat constitutional rule that if there is time, a police officer must seek a warrant before getting a blood test for the driver, but not otherwise. If the officer concludes that there is no time to do this, the opinion of the three Justices noted, there is no warrant requirement.

Kennedy’s fifth vote supported this bare conclusion: “always dispensing with a warrant for a blood test when a driver is arrested for being under the influence of alcohol is inconsistent with the Fourth Amendment.”

The Sotomayor opinion stressed that getting a warrant should be the default protocol in drunk-driving cases where officers decide to have a blood test made. That opinion said that the mere fact that alcohol in the blood does dissipate over time is not enough, by itself, to do away totally with the requirement for a search warrant — the position that the state of Missouri took in this case. The lead opinion sought to make the point that the Court was simply applying standard Fourth Amendment doctrine, and that the Court’s precedents simply did not support a blanket rule that blood could be drawn by the government without ever having to seek a warrant from a judge first.

Anybody who would like to learn more about the criminal attorney Walnut Creek area David Pastor is welcome to visit his firm’s website at any time; there, they can read about the firm’s various areas of expertise and how they can arrange for a free consultation. 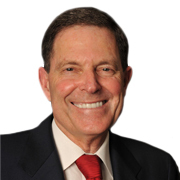