Los Angeles, CA -- (SBWIRE) -- 08/02/2012 -- After facing a lifetime of adversity Brandon Dutch Mendenhall turned to the financial sector to begin anew, and made millions of dollars in successful commercial sales as a result. When Dutch l sat down with his team of financial experts to define how he had become so successful in the commercial real estate market, he had no idea the Keep it Simple (KiS) method would be so universally effective. The KiS method is quickly becoming one of the best and most popular training methods used to break into the commercial real estate world. Now, to show how effective the KiS method is, and to save others from difficulties like what he has undergone, he has collected the KiS method into a crash course package that is available online.

Dutch Mendenhall never had it easy. As a young man he dealt with undesirable surroundings and a home rife with addiction by turning his attentions to sports. When his parents passed away just after he turned 16 Dutch persevered, finished out high school and earn baseball and academic scholarships to college. He went on to a Master’s degree and a successful career as a baseball coach when tragedy struck again.

Deciding he needed a clean slate, Dutch turned to the commercial real estate market to begin anew. Starting out with a recruiting company, quickly getting involved in the real estate market itself where he discovered his existing skills unlocked a world of potential. Using his three stage KiS method Dutch earned millions for himself and others. On reflection, Dutch has put this outstanding informational bundle together into the KiS Crash Course, so that others can learn from his success story.

These techniques have been proven across a wide range of commercial sales options. Most recently people are reporting significant success using the KiS Crash Course to internet commercial marketing. With properties available online in record numbers, now is the time to get involved. Getting involved by using the tested methods laid out by Dutch Mendenhall gives entrepreneurs a major head start on the competition.

“Take a lesson from me. Find something you love and make millions at it. If you’re in love with the idea of commercial real estate, than the KiS crash course can make your success story far easier than mine was!” –Brandon “Dutch” Mendenhall 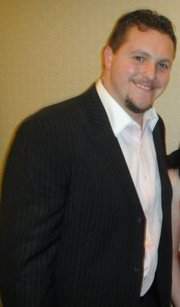