Phoenix, AZ -- (SBWIRE) -- 01/23/2014 -- Nika is the ancient Greek word for “Conquer”. The concept of Nika came to the designer Josh Raab in a dream while he was studying abroad in Athens. The rules were honed across nearly two years of testing. The board shape and core mechanics were inspired by ancient Greek geography and warfare.

Greece has many narrow valleys and mountain passes, and sometimes the only way to defeat an enemy force was to collide with them head-on and literally push them off the field. This othismos (“shoving”) is thought to have been the critical phase of most battles between hoplite armies, who were the heavy infantry that dominated ancient Greek war for four centuries.

In this game, the players command a Greek city’s hoplite soldiers who must force their way through enemy lines.

Their troops can push or rout those who would block their way across the narrow battlefield. They can coordinate attacks with their ally to secure victory, but must make sure to watch their flanks.

Eagle Games and sister company Gryphon Games, have published over 25 games that have been funded on Kickstarter previously. Nika was launched at noon on Tuesday, January 21 and reached its $5,000 goal in 24 hours, so it will be published. But three stretch goals are planned for Nika if the campaign reaches the $10K, $15k and $20K levels. 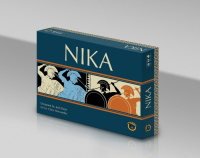 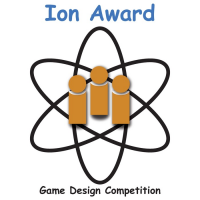 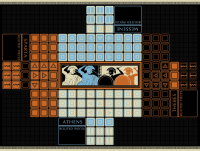