London, England -- (SBWIRE) -- 04/17/2013 -- WordPress is one of the most versatile and user friendly platforms for delivering web content currently available, and its popularity has meant that developers can create extraordinary applications that increase its functionality. The debate rages of free vs paid additions to WordPress, and this debate has spilled over into the world of SEO. Squirrly has built an SEO WordPress plugin that offers a cutting edge SEO plug In for a small monthly fee. Launched on the 20th of December, it immediately attracted media attention as a Beta until it was launched formally to customers in February.

In the last month, the plugin has had record downloads and the company has received offers from investors and developers alike. The company uses a recurring payments system modeled after the Scribe plugin from Copyblogger, and its success has alarmed and outraged members of the freeware community. In particular, Yoast, a free service developer, has published a defensive article about Squirrly, despite Squirrly receiving great reviews from the Internet Marketing community.

The article accused the Squirrly SEO plugin, of poor functionality in key areas, and attacked the developers themselves for apparently making spurious claims about free services, including his own.

A spokesperson for Squirrly has spoken out about the article, “He was so defensive, that it got us thinking he was really afraid by the things we can offer to our clients and he cannot. Some of our features cost us a lot of money to develop, which we recoup through the subscriptions that we receive. Yoast can't do that because their plugin is free, they know they can't quite match our plugin in, so he tried to selectively criticize just a small set of features in our plugin, the criticism was so selective it was almost laughable, Yoast are obviously running scared. We think it is important that the world recognize this when considering his polemic against us. We recommend users find the SEO Plugin by Squirrly in the Wordpress Directory, try it for themselves, and decide the truth of the matter. The power of our paying userbase coupled with our development team has the older plug in developers scared for their future.”

About Squirrly UK
Squirrly UK delivers a wordpress SEO plugin that helps affiliate marketers and online entrepreneurs get better ranking on search engines for all their articles. The tool does this by helping them optimize each article they write, it helps them identify some of the best keywords they can use to rank by and also helps them write better content with the Inspiration Box feature. For more information, please visit: http://www.squirrly.co 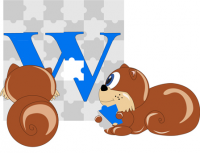