As one of the first black female bounty hunters, Ebony Kiss is as mean and mighty as her male cousins. Created by Bernard Busy, who tragically fell victim to cancer in 2008, the character has until now remained unpublished. Driven by a desire to see his friend’s character come to life, one Atlanta-based illustrator is trying to raise funds to turn Busby’s dream into a published reality.

Atlanta, GA -- (SBWIRE) -- 11/08/2012 -- When Delbert Hewitt Jr. and Bernard Busby would discuss their creative dreams, Ebony Kiss would always appear. Known for leaving a playing card with a kiss at each the scene of each bounty, Ebony Kiss was one of the fiercest and most-feared black cowgirls in this western world. When Busby passed away from cancer in 2008, Hewitt decided he would do all it took to ensure that the world knew Ebony Kiss.

Fast-forward to 2012 and Hewitt’s mission is well underway. By utilizing the power of KickStarter.com and the financial sourcing craze of crowd funding, a large-scale campaign is currently underway to print and officially launch the first Ebony Kiss comics.

“I decided it was time for his dream to see the light of day! So by using his character that he created, I will see his dreams come true,” says Hewitt, who spends a large portion of his time developing the artistic skills of others.

He continues, “That way no one will forget who he was and what he contributed to this world. Using Kickstarter.com I'm trying to raise the money through crowd funding so we will have 40 days to make our goal 9,500 dollars to get the artists paid and print 500 copies of both individual stories.”

Anyone is welcome to invest in the campaign, with perks increasing by pledge size. Offering everything from mailed hard-copies of the final two comics to a signed painting by Hewitt himself, a number of rich incentives are available for those who back his idea.

“Cancer affects millions of people but if we let cancer take away all that we love and miss about that person then what do we have left? I say create something to immortalize that person so we as a society will never forget what they meant to us!” Hewitt adds.

Busby’s wife fully supports the project, saying: ““I would like to introduce you to the man that has inspired these works of art you are about to encounter. Bernard C. Busby... he was my amazing husband, an influential friend, a wonderful brother, and an adoring son. I was blessed in knowing Bernard for 7 years and he taught me so much in that small amount of time. That’s why we are so passionate about this project! It’s not just comics it is Bernard!”

To date the project has seen a steady stream of interested parties pre-order their comics while simultaneously providing financial backing. However, if the full amount is to be raised to secure printing of the comics, further backers are needed.

“We urge anyone and everyone who loves comics to step forward and help us. Think of it as placing a pre-order for your copies. They will be printed in a limited edition run – so secure your place in comic book history before it’s too late,” Hewitt concludes.

About Delbert Hewitt Jr.
Delbert Hewitt, Jr. was born in New York and raised in the Virgin Islands. He came to Atlanta to study illustration at Atlanta College of Art in 1994. Del graduated from the Atlanta College of Art in 1998 with a BFA in Illustration. Since then he has married and has 3 beautiful children. Del currently following my dream of getting into Comics and has worked freelance since his graduation date. The sky is the limit for his future. He is looking forward to creating comics for a long time to come. 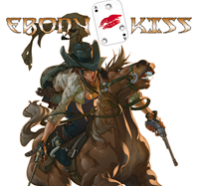