MarketingEmpire.co.uk and the EcoKids Project officially announced that a long-term agreement was approved by both parties that will allow CEO Deren Stevens and his dream-team of marketing agents to continue promoting the EcoKids project

London, UK -- (SBWIRE) -- 04/16/2013 -- After successfully working together on several short-term projects, Marketing Empire and the EcoKids Textile Recycling Project officially announced that negotiations had concluded and a long-term agreement was approved by both parties that will allow CEO Deren Stevens and his dream-team of PR and marketing agents to continue promoting the EcoKids project and its clients.

In a statement released by the agency shortly after the announcement, Stevens revealed why the deal is so special to them: "As one of the premier marketing and public relations agencies in the United Kingdom, many experts fail to understand why we’ve placed such a spotlight on our negotiations with EcoKids.

"Unlike comparable agencies, my team and I don’t believe that a client’s value should be measured by the amount of prestige it will grant us or the amount of money that will be made; the EcoKids project means much more to us than the recognition or large cheques of more lucrative deals -- we view it as an opportunity to be a part of something bigger.

"By working together with EcoKids and the charities and Organisations that are utilising their fundraising platform, we are able to help save lives and offer aid to those who need it most while simultaneously promoting a healthier environment through recycling," states Marketing Director, Stevens.

EcoKids Project Coordinator, Samantha Jarvis, says "we have a fantastic structure and long-term goal to help Organisations raise much needed funds, which will be realised even quicker by getting our brand recognised with the help of a specialist marketing agency."

Insiders close to the negotiations indicated that preliminary forecasts estimate that Marketing Empire’s services will help EcoKids raise more than £1 million for schools, charities and other non-profit Organisations over the next two years. This marks the second high-profile deal closed by Marketing Empire this year alone; earlier this year, the agency was able to hash out a multi-million dollar deal with international beauty company, St.Grape. 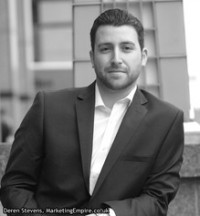