The online news industry is a bloodbath; accuracy is the murder victim and readers the next of kin. The book identifies what is wrong and sets principles for responsible reporting.

San Diego, CA -- (SBWIRE) -- 02/18/2014 -- The Fourth Estate is in a state of crisis. Traditional news organizations and new media groups clash, as both struggle to succeed in the post-PC era. Because of the Internet’s influence and widespread adoption of mobile devices, change in the news industry is inevitable. “Typical analyses blame services like Craigslist, which sap newspapers’ ad revenues, for the traditional news media’s decline”, Be a Better Blogger author Joe Wilcox says. “That’s simplistic. My book shows stronger influences, with the Google-free economy standing front and center”.

Wilcox claims that the current advertising model cannot sustain online the news media, which needs to fundamentally realign priorities. “Today’s typical blogger or journalist chases pageviews, not factual, investigative stories”, Wilcox says. Too many stories are poorly sourced, and rumor replaces news. “Rumormongering is a serial killer, and responsibly reported stories are its prey”, says Wilcox, who brings two decades of editing and reporting skills to what he calls online contextual journalism.

Businesses or individuals in the news have the most to lose when rumors run amok and the most to gain from stories that are responsibly reported and factually written, but they aren’t alone. “Rumors and poorly-sourced stories damage the reputations of the writers and the subjects of their stories”, Wilcox says. “It’s time to stop writing for the Google search engine and start writing again for people. Restore trust. Build readership”.

Be a Better Blogger identifies problems with the online news industry; sets realistic principles for reporting and writing well; and proposes sensible practices for the new era of contextual journalism. “Bloggers and traditional journalists can learn much from one anther”, Wilcox says.

The book will help online writers of every kind, not just bloggers, do their jobs better. But the pool of potential crowdfund contributors is much larger—anyone who reads news or is the subject of it. Contributors have much to gain by investing in the project.

As the campaign winds down, the funding goal is way off. Wilcox asks anyone who cares about online news to contribute. Be a Better Blogger cannot succeed without financial assistance. He looks to raise a minimum $7,500 through Indiegogo, and contributions fall short of the goal. 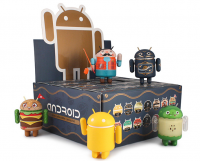