Celebrated for his enigmatic music that rightly mirrors his personality, Etostone has set his roots deep into the world of music with over 140 hit releases that have indisputably made their mark.

New York, NY -- (SBWIRE) -- 08/18/2014 -- The domain of Electronic Dance music has known Etostone since 1998 and has since then seen him grow into one of the most coveted music artists in the world. Despite his passion for creating electronic music, his versatility has allowed him to venture into different genres and reach more people with his unique style.

His music has been recognized by well distinguished magazines such as DJ Mag, IDj Mag, M8, Rinse Mag (USA), Freeze Mag (Greece), Nights (Romania) and Makesomenoise (Italy). Many radio stations such as BBC Radio 1 (Annie Nightingale), 94.7 radio in Paul Oakenfold’s radio show and Crystal Method’s shows (USA), to name a few, have permanently incorporated his music into their playlists on popular demand.

The illustrious DJ Magazine Top 100 DJ list that enlists famed DJs from all over the world has included Etostone in their renowned list 2 times in a row, placing him on the pedestal of “one of the best in the world.” His progress as an artist did not stop there as he has collaborated and worked with many acclaimed artists namely, Amanda Wilson, Mike Diamondz, Uberzone, Simply Jeff , Demy , Tamta , Nicko, Dilara Kazimova. Etostone has had some notable highlights in his music career which follow chronologically:

- 2012 saw the release of what is now one of his biggest hits, For Eternity which was followed by a marvelous response from audience and critics alike. It reached the #1 position in the iTunes Top Charts and was nominated the Best Dance Music Video by MAD TV awards 2013.
- The release of his equally famed hit, Together in 2012 was awarded the BEST Music video 2013 at Los Angeles and was nominated for the Best Music Video at London Independent Film Festival 2014.
- Can You Feel It was released in the year 2013 and immediately dazzled the audience. It was nominated as Highlight of The Week by Europe’s famous Music TV Channel, Clubbing TV (FR).
- 2014 saw his prominent collaboration with worldwide famous Amanda Wilson (Avicii, Freemasons) to create Save the Day which received marvelous responses.

Etostone’s fresh, rhythmic music has pleased the ears and souls of many and continues to spark life in the world of music. 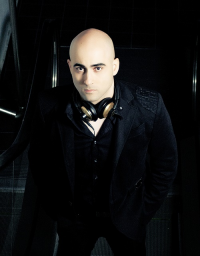