Based on a recent Ponzi scheme orchestrated in South Florida, Barry Fischer’s latest novel takes readers on a ruckus-filled journey of greed, murder and deceit.

White Plains, NY -- (SBWIRE) -- 09/27/2012 -- While billion-dollar Ponzi schemes may seem fantastical to most, some in life are brave enough to try them. Based on a recent series of events in South Florida, Barry Fischer’s latest novel, ‘Elegant Solutions’ takes readers as close as they’ll ever get to the life of a money launderer.

Elegant Solutions is a legal thriller about an audacious billion dollar Ponzi scheme based on a true story drawn from recent headlines in South Florida. The tension filled saga features greed, murder, money laundering and duplicity among the thieves, all of whom are seeking an end game to avoid jail so they can enjoy the rewards of their fraud.

Only the tenacity of a motivated amateur, who overcomes danger to her own life, foils this almost perfect crime, insuring that all but one of the cast of scoundrels has an unhappy ending.

As the author explains, the book’s plotline isn’t a million miles away from reality.

“Everyone has had visions of the elegant life of con-artists. However, I can tell you that what people imagine really does take place. Inevitably, these scoundrels are caught, leading to the release of details of their often unbelievable lives,” says Fischer.

He continues, “This book is a perfect example of one of those stories. Told through humorous characters and light-hearted quip, it’s a journey into the financial underworld that only a few will ever experience for real.”

“If you love Grisham and if you love Hiaasen, you will love this book. Florida white collar crime at its hilarious, over the top best. For anyone who loves to read about Florida, but prefers to stay way up North, you'll enjoy every page. A great, entertaining and a little too close to reality read,” says Bridget, who reviewed the book on Amazon.

Another reader, Michael McMurray, was equally as impressed.

“I couldn't put this book down. A flowing narrative with colorful characters (think of Elmore Leonard's South Beach - where do these people come from?). Watching this hustler setting up a "foolproof" scam was delightfully devious,” he wrote. 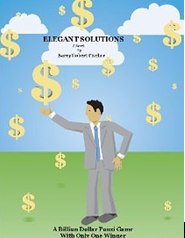