Los Angeles, CA -- (SBWIRE) -- 03/04/2014 -- Erik Daniel Shein, President of Arkwatch Holdings LLC said “Carmela will concentrate her efforts on producing feature film, selling the book rights and representing The Monsterjunkies brand. She’s been an active agent and producer for over 20 years and we are very fortunate to have her as part of the Arkwatch family.” Evangelista added, “I’m very excited to be joining the Arkwatch team and look forward to developing The Monsterjunkies: An American Family Odyssey for worldwide appeal.

Evangelista will maintain offices in Vancouver, BC, while coordinating the Canadian contingent of worldwide film group operations.

Tucked away in a remote cul-de-sac on the Maine coast is a place where the strange is normal, and the bizarre, is every day. This is a place, where, if you do not have an open mind, you will lose your mind in its reality and truths. This is the home of The Monsterjunkies, An American Family Odyssey.

“Erik Daniel Shein creates a fascinating world of otherworldly beasts, cared for by an eccentric but close and loving family.

The Monsterjunkies has built up a formidable online presence on various social media sites, including over 150,000 Facebook fans and a YouTube presence. The story is currently being explored for film rights and a television series.

About The Authors
Erik Daniel Shein, the primary author, consulted for years with Arizona fish, game, and wildlife services. He wrote/co-wrote and self-published over 30 children's and YA books; He produced and raised financing for a successful film, The Legend of Secret Pass; He produced an award-winning TV show, The Reptile Chronicles. Erik is developing several animation projects. As a psychologist and co-author, Theresa Gates, is an expert in communication, identity, bullying, and relationships. The story itself is based on true events of Erik's upbringing.

About Film Promoter Inc.
The Founder of FilmPromoter.com has worked behind the scenes with several executive producers and others globally. Film Promoter showcases higher-end film projects that meet strict criteria for exposure to the global investment community.

About Carmela Evangelista, Principal, ETM
Throughout her career, Evangelista has worked with MGM, Warner Bros, MTV, Paramount, Universal, Disney, Lions Gate, Sony/Tri-Star, Fox, and Miramax. She has additionally represented clients appearing on episodic television and movies of the week through HBO, Showtime, USA Films, NBC, CBS, and ABC. Evangelista has had the talent attached to many films and television properties, including X-Men, Steven Spielberg's Taken, Elysium, 50 shades of grey, Godzilla and Scary Movie.

For more information about the publishing and motion picture rights of The Monsterjunkies, please contact: 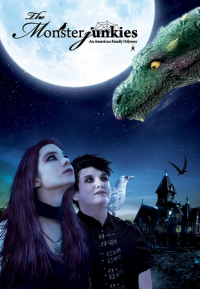 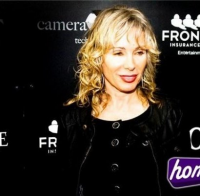 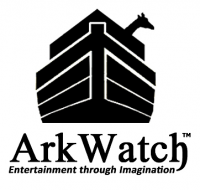